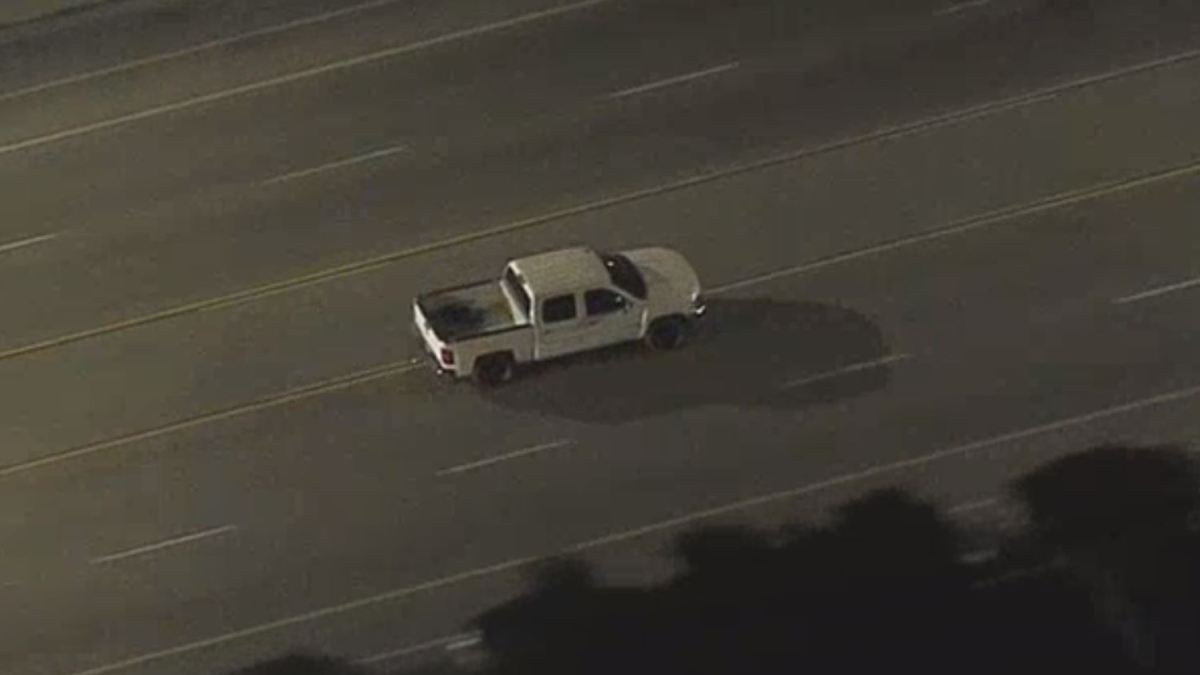 A pursuit of a white truck that initially wanted to accelerate in Riverside County traveled to Orange County before reaching its conclusion in East Los Angeles on Monday.

The pursuit began at about 8:32 p.m. near Highway 91 and Highway 71, in a white truck that wanted to accelerate, said the Inland California Highway Patrol.

Newschopper4 ended the hunt around 8:40 p.m. as the driver was in the Anaheim area.

The driver accelerated on the highway “blackened”, which means that his headlights were off. With the driver on the wrong side of the road at points and driving dangerously, the authorities went back and seemed to go into surveillance mode with an aircraft following the search vehicle without any ground units.

At one point, the driver took advantage of the monitoring function and crashed into a gas station, showing time for possible gas pumping and continuing the search for high speed. A few moments later, the driver jumped at the pickup and took off quickly, with the white lights of the vehicle going out.

As the pickup arrived at Fullerton, the driver hit 95 mph on surface roads, still tanning and spinning around vehicles. The driver continued to accelerate on surface roads and drive erratically.

As the hunt continued, the driver reached 5 Freeway North and headed for Los Angeles County, continuing to drive without headlights and accelerating to over 100 mph on the freeway.

After continuing to drive dangerously, the driver pulled into a neighborhood near the intersection of Floral Drive and North Eastern Avenue. The driver took off and ran to a house in the East Los Angeles neighborhood.

Shortly afterwards, Los Angeles County Sheriff’s deputies arrived at the house and began searching for the driver, along with CHP officers.

Authorities appeared to find a backpack at the home and a lengthy search followed.

Around 10:30 p.m., a person appeared to be being held at the address, but it was not immediately clear if the search suspect was located.