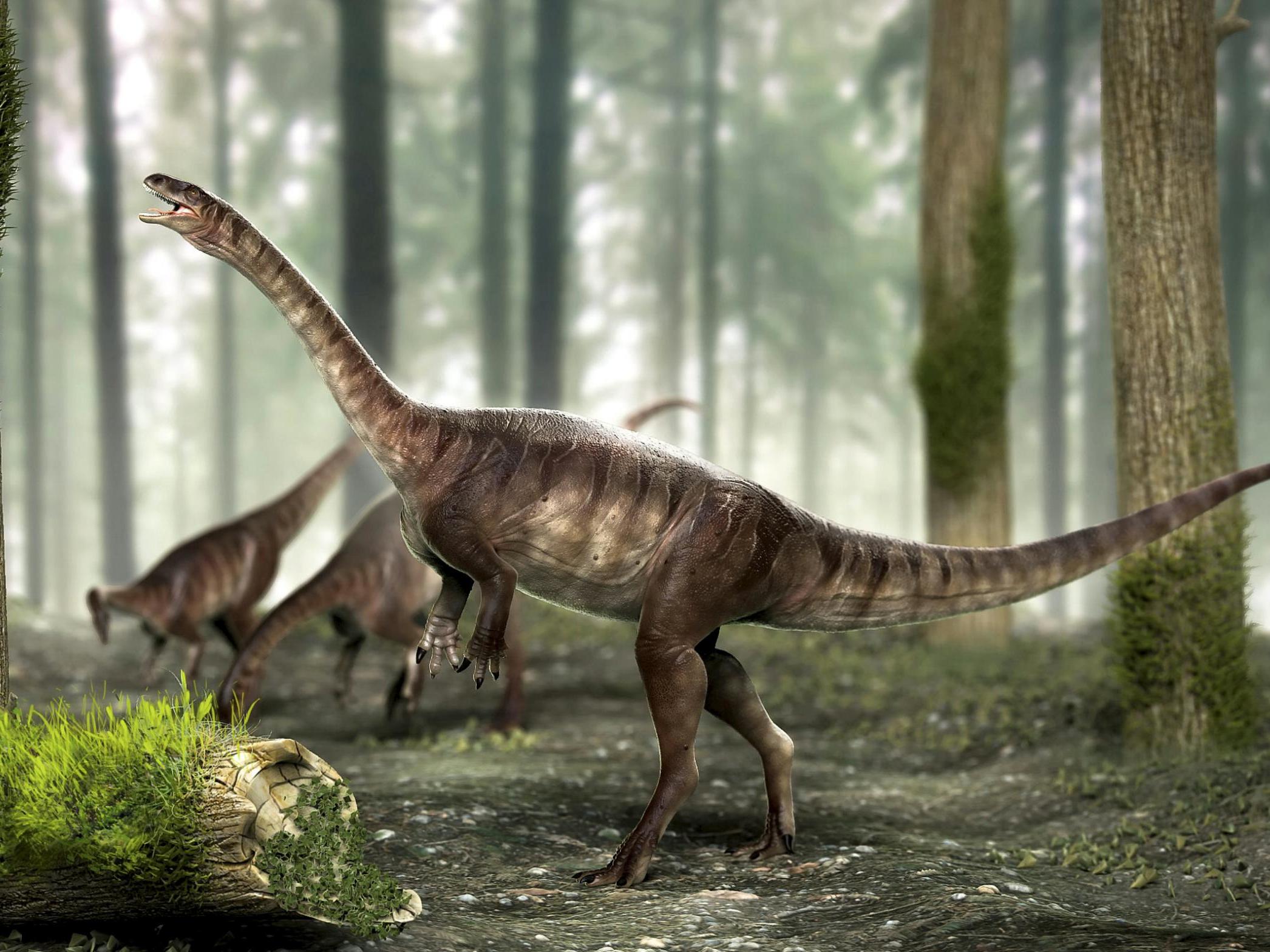 Bones of newly discovered species of vegan dinosaurs have dig in Brazil.

Three "surprisingly well preserved" skeletons were revealed and brought new light to one of the first of the long-lived dinosaurs that lived 225 million years ago.

The new species, which lived before the giant dinosaurs, had weighed about 16th and grew in length about 12ft and 5ft high.

Experts say the discovery is also remarkable because it shows that dinosaurs were social creatures at this early stage of their evolution, choosing to live in groups and not only.

Named Macrocollum itaquii, is a distant cousin of the sauropods – the later females that walked on four feet, like Brontosaurus, who grew up on the largest terrestrial animal to walk on Earth.

He was passing South America when he was still part of a huge, modern, so-called Pangea, before the mass of the earth broke.

Macrocollum, Latin for the long neck, can help palaeontologists eventually discover how the vampires grew so big.

Like the sauropods, the new species was also herbivorous, but unlike them walked on two legs.

The predominant vegetation at that time was ferns and bare skins, the nocturnal plants that produce cones and seeds, and the creature would make them nourish their essential body.

Biologist Rodrigo Muller, from the Brazilian University of Santa Maria, said: "The morphology of her teeth suggests that this dinosaur was a herbivore."

His long neck would have helped him access much more food, says the Royal Society magazine Biographical letters.

"It would allow group members to reach higher vegetation compared to other premature vertebrates.

"There are three articulated skeletons in five tons of rock, which is unique.

"Indicates that these animals probably died together as they share the same degree of disorganization.

"So if they were dying together, these dinosaurs probably lived together.

"This gives us a stunning picture of how these animals lived, something that has never happened before."

The services contributed to this report.