BTS: The K-pop band is apologized for a Nazi-inspired hat 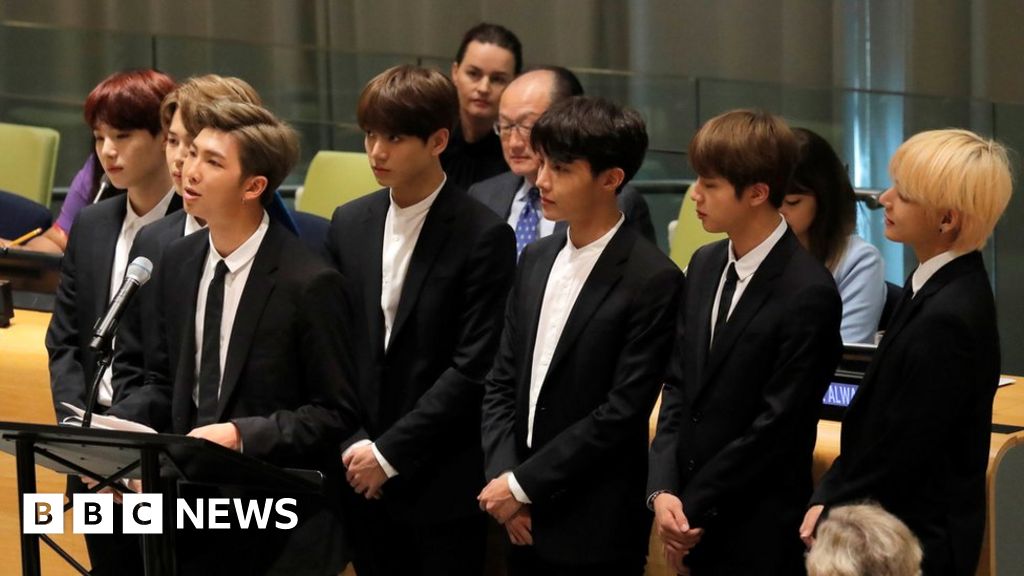 The K-pop BTS administration has apologized for a photo that emerged from a member of the band who was wearing a hat with a badge like Nazi insignia.

It comes immediately after an anger over a different member of the band wearing a tee with a picture of an atomic bomb on it.

Bit Hit Entertainment stated that both incidents were "in no way deliberately" and not the mistake of band members.

BTS has a huge online and many followers consider them to be standards.

"We would like to offer our sincere apology for the involuntary provocation of pain and anxiety for anyone affected by totalitarian regimes in the past … [and] those affected by the use of atomic weapons, "said Big Hit Entertainment, the organization that represents the band.

BTS is undoubtedly the most popular K-pop group in the world. Thousands of them had criticized for faux pas fashion, though many more fans are defending the team's actions.

"The imitation of the memory of the past"

In October, social media users began sharing a picture of the Jimin band member with a shirt depicting the US atomic bombing of Japan and a Korean slogan for release.

It is not clear when the photo was taken, but that did not prevent it from going massively in the face of the prominent Japanese TV channel Asahi to cancel a show from the group.

At that time BTS issued a statement saying she regrets to lose performance, but not to the shirt.

The social media continued to find old photos of the band member RM wearing a hat bearing what looked like a Nazi symbol.

The photos began to become viral, criticizing the Jewish human rights group Simon Wiesenthal, who said the symbol depicted on the hats was the Nazi SS Death Head logo.

"It is clear that those who design and advance the team's career are very comfortable with imitating the memory of the past … the administration must apologize," said Rabbi Abraham Cooper, director of the Simon Wiesenthal Center.

Big Hit told the center that the hat that had caused an offense was given to the singer to wear a stylist in magazine photography in 2014.

In his big apology on Facebook, Big Hit Entertainment stressed that "it does not support any organization or group geared to political extremism and totalitarian beliefs including Nazism" and that the band "was in no way responsible for any of the issues described ".

The organization said it had contacted associations in Japan and Korea that represented the victims affected by atom bombs and also sent a letter to the Simon Wiesenthal Center.

The center said it "welcomed an apology" from the group, adding that "they were reaching BTS to urge them to use their international reputation to celebrate the good that does not serve the forces of evil."