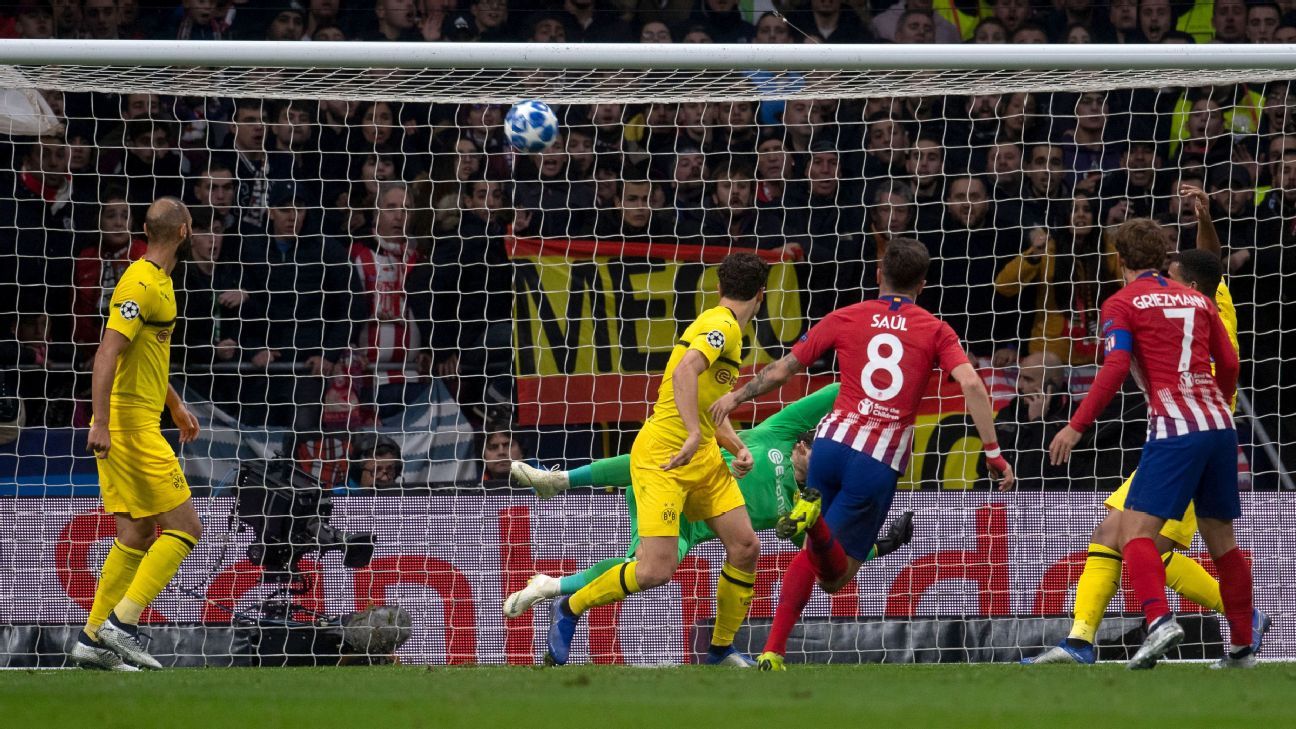 Borussia Dortmund champion Marko Reus said his team deserved the first defeat of the season after winning 2-0 away from Atletico Madrid in the Champions League on Tuesday night.

The undefeated running of the 15th game of the BVB was interrupted by the Spanish uniform, which tried to avenge a 4-0 loss in Westfalenstadion two weeks ago.

Saul Niguez opened the score after 33 minutes against a dreary Dortmund team and the guests were killed by the competition 10 minutes before the end of the regular season, with French team Antoine Griezmann ending a counterattack.

"It was a bad defeat today," Reus, 29, told DAZN after the game, adding: "Because we controlled the game for the first 25, 30 minutes with a lot of possession.

"Obviously, it's always hard to get 1-0 at Atletico. It was not our best fight and in the end, we deserved to lose our first fight [of the season]. We were not quite mentally enough tonight. Now it's time to recover and then we have another game on Saturday. "

Dortmund failed to score a goal shot throughout the 90-minute period and Favre gave all of Diego Simeone's loyalty for his defensive appearance.

The 61-year-old said: "Atletico played extremely well defensively today, was patient and threatening after winning the ball, losing the ball very often, I should have played with even more patience away from the house. 70% possession but we should have had more to prevent counter-attacks.

"In the ball, we are also very static and we have not managed to find the gaps in half-intervals because of that, it's a defeat – that's what it's all about, it's just a football game, time to think about how we beat Bayern."

The Blacks and Yellows remain at the top of Group A because of the better goal difference, although they are level with Atletico.

Meanwhile, average Mario Gotze refused to retreat after losing to Wanda Metropolitano. The deputy, who came to the 75th minute after a disease was over, said: "The loss of the first race is an unusual situation for us, but we were a strong week for Atletico and Bayern.

"We can be very proud of what we have achieved so far and of the results we have united."

On Saturday, the BVB will try to widen the gap in seven points against FC Bayern's Bundesliga rivals at the top of the table.

Gotze said: "We know Bayern will be a tough force, but we want to win it, especially because of the appearance of the Bundesliga at the top of the table, we look forward to playing it on Saturday at 6.30 pm, is the perfect setting."