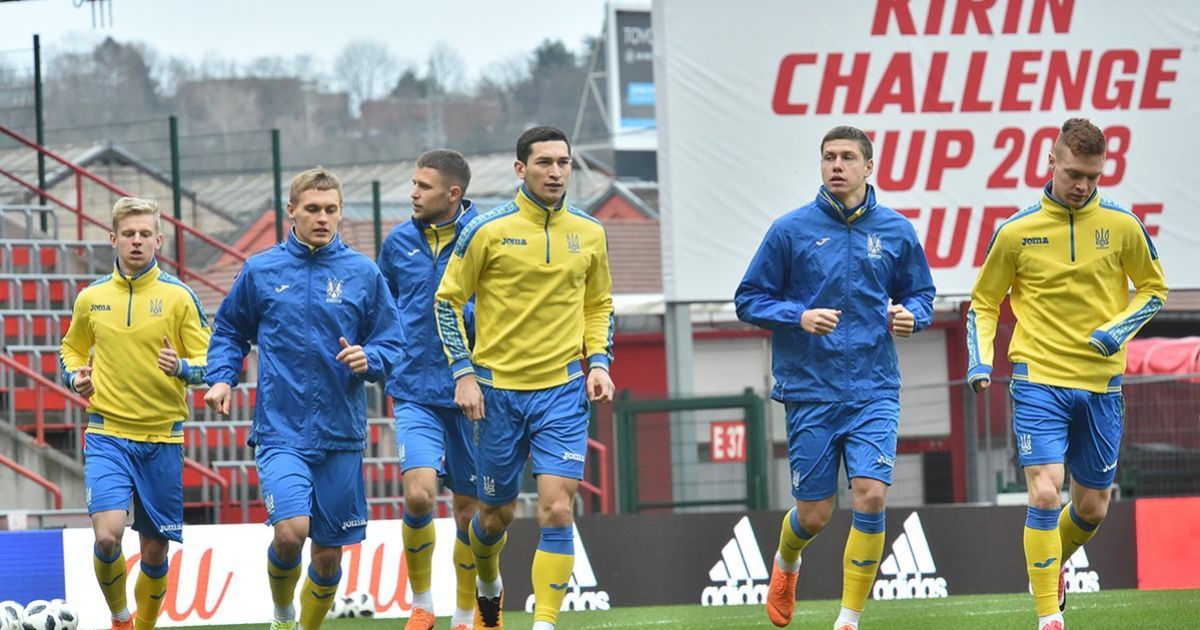 But so far it has failed.

Coach national team of Ukraine Andrei Shevchenko decided to proceed to an experiment in the game of the 5th round of the group stage Society of the Nations against Slovakia.

Menton "blue-yellow" played in this fight with three defenders – Taras Stepanenko, Nikita Burda and Sergei Krivtsov. However, despite this, Ukrainian team suffered an overwhelming defeat with a 1: 4 score.

Some coaches decided to share their thoughts on Shevchenko's innovation.

"A tactic with three central defenders suggests the ability of these players not only to remove the ball but also to launch attacks, and there should be two sides that could close the entire curb.

The advantage of this tactic is that with this setting, you can play in both the defense and the first number. With regard to the last game of the Ukrainian national team against the Slovak team, it seemed to me that the group acted more like a 3-4-3 or 5-2-3 "shape, – said the coach of "Mariupol" Alexander Babich.

"Every tactic has its advantages, but its implementation always depends and depends on the presence of various artists." Two defenders, in my opinion, are harder to push and control the ball.

With such tactics, the issue of transition phases is always up to date – in both defense and offensive. Here everything has to be rehearsals. Significant points of the extreme defenders, who must be properly positioned at the launch of the attack, and have time to return. It is very difficult to build this tactic even in the club, and in the national team where there is no time, even more ", – noted the mentor pervoligovogo SK "Dnepr-1" Dmitry Mikhaylenko.

"I have always liked the game of three defenders, but I managed to understand this idea only during the last six months of work in Dynamo during a break in the championship caused by the national team matches but you can not say that there is an ideal amount of training to continue or control matches. It is necessary to proceed from the selection of the performers.

Perhaps, to a greater extent, this plan is protective. After all, when attacking an opponent, you need five players back. Another question is what do the central defenders do? Are they in their belts or moving towards attacking players? It all depends on the coach's requirements. There may be different options for designing the game itself in the midfield and attack.

However, the team does not have much time to prepare all the nuances in education, but this plan is promising and can be used further. It takes time and, furthermore, under the leadership of Andriy Shevchenko, there are not many footballers who have experience playing such a model. I liked the desire of coaches to introduce new ideas, to have various tactical options for the game ", – said Sergey Reboro.

"The defeats teach more. From interviews, players learned to play a new shape: 1-3-4-3. But this game is very difficult. And it takes time for players to feel it, especially when they play defense Everything is logical, the main task of entering section A) is resolved, the coach went to experiment with a new tactic, with a rearrangement of the composition, but this takes time for players to understand how to play with it or that regular pattern ", – noted the trainer "Obolon-Brovar" Sergey Kovalets.

Recall that the Ukrainian team will keep its next fight November 20th against Turkey. This meeting will also accompany the events on the pitch You can follow the Prosport TSN website.

Gerson RODRIGES: “Dynamo is celebrating and enjoying the victory. We deserve it “- Sport.ua