The first snow in Kiev 2018 – the consequences of bad weather conditions, traffic jams and accidents 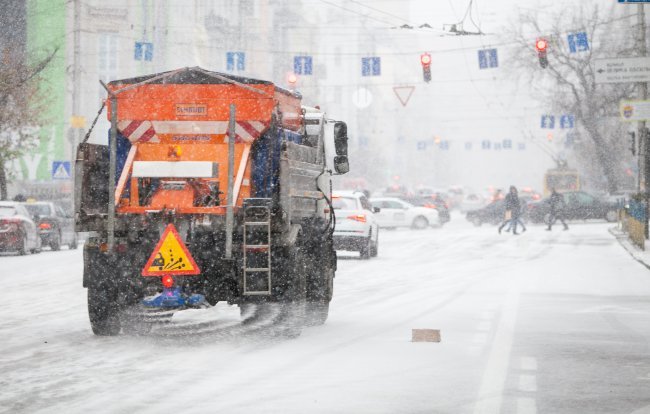 There is an old joke among the people of Kiev: the unbridled elements, as always, took the city authorities by surprise. Meanwhile, although the meteorological expert Natalka Didenko warned on his Facebook page that the rain and wiping expected on November 14 in Kiev, and snowy slurry and ice on the streets, the first snow in Kiev can not be called save the bold elements. As a result, since morning the city got into nine-point traffic jams.

18:54 Until the evening of the Kiev Police Station more than 500 accidents have been estimated. One of the most serious accidents occurred on the Gostomel motorway. There, the Hyundai, Subaru and Chevrolet cars fell into an accident. The driver of one of them lost control and led to the front lane, where the other cars hit. Many people were injured in an accident. 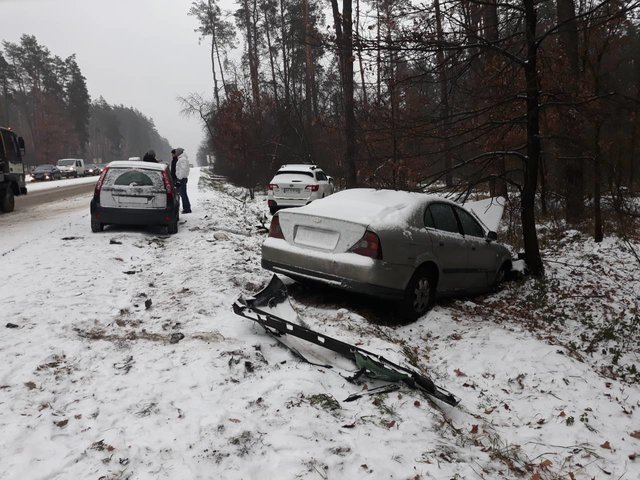 15:47 In Kiev, the tire stations and fuel stations already in in the morning he made huge queues to replace the rubber. Cheaper than you can "pereobut" car at one of the stations in Bogatyrskaya – 200 hryvnia per set.

Meanwhile, during the first "snowy" day, many gas stations set prices – from a small marker of 10% to 800 hryvnia for the urgent replacement of a set of rubber. 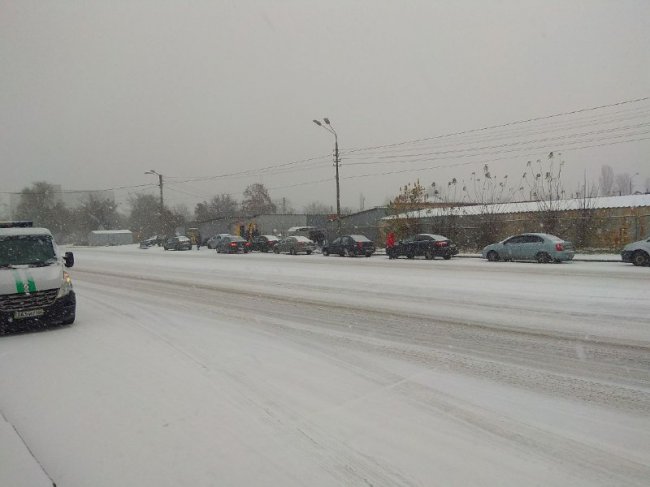 3:45 pm Due to bad weather in Kiev, taxi prices rose sharply. Thus, the trips from the street Borschagovskaya (Industrial Bridge area) to the station Poznyaki metro from the traditional 150 UAH rose to 320. In one of the services we call the cost of 185 hryvnia, and the other – 226 hryvnia.

And the price from the street Yakub Kolas (Nikolskaya Borshchagovka) on Lev Tolstoy Square will cost from 98 to 250 hryvnias. Operators called the cost of 105, 119 and 123 hryvnia, although on a typical day the cost of travel on this route costs about 90 hryvnia.

15:15 Afternoon the snowfall in Kiev turned into rain, so by night all will be covered with ice.

"This is very dangerous, in the evening, the air temperature will drop and everything, including roads and sidewalks, can be covered with ice." Leave cars near offices,– Didenko advises on his Facebook page. 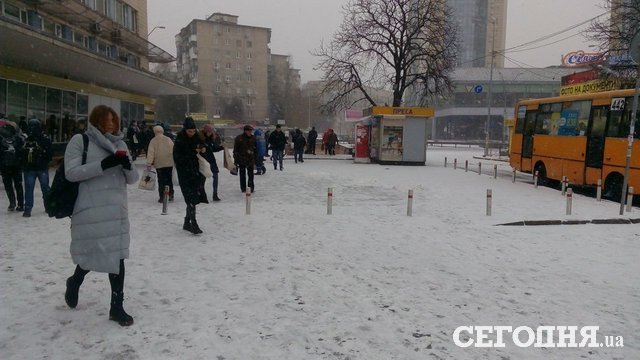 However, utilities did everything they could in this case: near the station "Polytechnic Institute" began to clear the snow at 9am.. According to data at 11:00, Kyivavtodor reported that special equipment was already working on the streets of the capital. The snow not only moves away from the pavements and the pavement, but also cools the road with a special union so that the pedestrians do not slip.

Emergency management made a special note.how to move around the city in frozen conditions.

"Walk slowly, lightly relax your legs and bend a little on your knees, step across the sole. Do not hold your hands in your pockets – this increases the chance not only to fall but also serious injuries., – reports useful pedestrian advice management.

But despite the best efforts of public utilities, the city was in the 9-point global traffic congestion. All the bridges stood in the direction of the right bank. In Vladimir's descent, the car stood in its place, causing a huge congestion in the direction of the city center from Podil. In the Solomensky region it was expected that there was a congestion in the most "narrow" parts – at the Karavaev dachas, near the Shuliavskaya metro station, on the industrial bridge. On average, residents of Kiev spend in jams for an hour and a half. 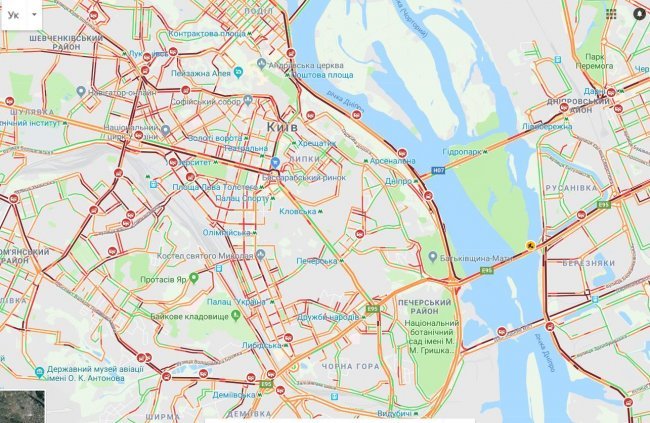 The first snow in Kiev caused dozens of accidents

"Please do not try fate and do not leave.", – reports the resource dtp.kiev.ua on his Facebook page.

Two hours of snowfall Kiev has already dropped almost three inches of snow of promises six. Heavy snow continues and will not stop short: the snow will go all day and all night. The snowfall will fall no earlier than Thursday, November 15th.

As noted by Consul Natalia Didenko on his Facebook page, the current snow in Kiev can turn into frozen rain. He pointed out that the situation on the streets in these weather conditions is extremely difficult.

"It will be cloudy and disgusting: wet, slippery, wet, cloudy and maximum 2 degrees of heat. So we carry our own living imagination and warmth in our immediate environment to be the hottest thing and something to enjoy."– wrote Didenko.

Numerous accidents cause the tram and trolley traffic to be interrupted. On Wednesday, November 14, from 10:00 public transport in Kiev runs deviating from the timetable movement. This was reported to the press service KP "Kyivpastrans".

The company noted that in the morning, due to the deterioration of weather conditions and the accumulation of transport business position was introduced for trolley buses and trams.

Meanwhile, the press service of "Kievavtodor" reported that 287 snowplows and 61 brigades went to the streets of Kiev manual snow removal Cleaning operations began at 9am in all areas of the capital.

At 13:00, 294 appeals in road accidents in Kiev were received by law enforcement. This was reported to the press service of the patrol police of Ukraine. The police urged drivers to comply with street rules.

Market makers are insured against the risks of Bitcoin falling below $ 20,000

After the goal, the Swedes started doing interviews, asking the same questions – football.ua