In the Zaporozhye region in an accident killed two women 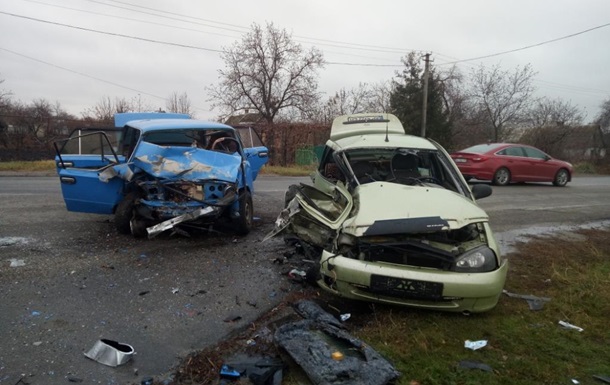 The victims came out of the cars with special tools

The car driver Lada Kalina was in a state of poisoning. He's a prisoner.

In the Zaporozhye region, two VAZ cars collided, causing two people to die and three more injured. It is reported by the regional state emergency service on Wednesday 21 November.

The accident occurred during the stay at the Mikhailo-Lukashevo village on Victory Street. The cars VAZ-2101 and Lada Kalina collided there.

On the scene of the accident, two women were killed – passengers of both cars. A 56-year-old VAZ driver and 24-year-old passenger, as well as a 45-year-old Kalina driver, were taken to the hospital with injuries.

Rescuers remove victims from cars with special tools. The police and the doctors also worked on the scene.

Militiamen said the Kalina driver was in a state of poisoning by drugs. He's a prisoner.

In fact an accident, a criminal case has been initiated in accordance with the article on the violation of traffic safety rules (Part 3 of Article 298 of the Criminal Code of Ukraine).

On the eve of a tractor in the city of Izyum, Kharkiv district, sprinkled streets, seven cars are taken, including a police car. In the accident, no one was injured, and the cars were mechanically damaged.

And in the Poltava region there was a fatal accident at 370 km of the road Kiev – Kharkov – Dovzhansky. In conflict with a truck and a passenger car, two people have died.

News from Correspondent.net on a telegram. Sign up for our channel https://t.me/korrespondentnet

Gerson RODRIGES: “Dynamo is celebrating and enjoying the victory. We deserve it “- Sport.ua