Early symptoms of cancerous tumors in the brain 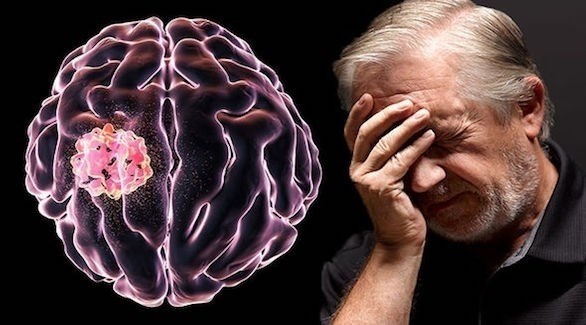 Brain tumors occur when cells grow in the brain and proliferate randomly and abnormally. There are two types of brain tumors, malignancies known as malignant tumors and non-cancerous tumors known to be benign.

Cancer brain tumors are more dangerous than benign tumors, but the latter can pose a significant risk to the lives of the injured if they are not available in time.

Symptoms of brain tumors are often misleading and difficult to identify, according to Ian Sabine, neurosurgery consultant and medical director at the Gamma Skin Center in London.

The following are five early symptoms of brain tumors that need to be alert, according to Daily Express reported:

Headache
A serious, persistent headache not associated with any other disease is a symptom of a tumor in the brain. This headache is usually concentrated in the morning when it wakes up and begins to decrease during the day. It also causes difficulty in sight when you are sitting along with a feeling of general weakness in the body.

2 – nausea and vomiting
Although nausea or vomiting is a delayed point in patients with brain cancer, it may be an early symptom of a small tumor affecting cerebrospinal fluid circulation. If nausea is accompanied by headaches and drowsiness, consult your doctor immediately.

Cognitive changes
Cognitive changes include loss of initiative, aggression, confusion, thinking and memory problems and behavioral changes. These changes are gradual, which may prompt some physicians to diagnose the condition as dementia, while the real cause is a large volume that pushes the front lobe of the brain.

5 – the loss of certain body functions
Some tumors can squeeze the nerves of hearing and balance, leading to hearing loss and balance disorder. Tumors can stretch the optic nerves, leading to loss of vision in one eye or both eyes.