Jon Prosser was the first sign of the Google Pixel foldable phone, which often shared its Twitter account. Prosser hinted that the collapsible Google Pixel phone is real with the tweet he shared. According to Prosser, this phone will be introduced in late 2021 or early 2022. 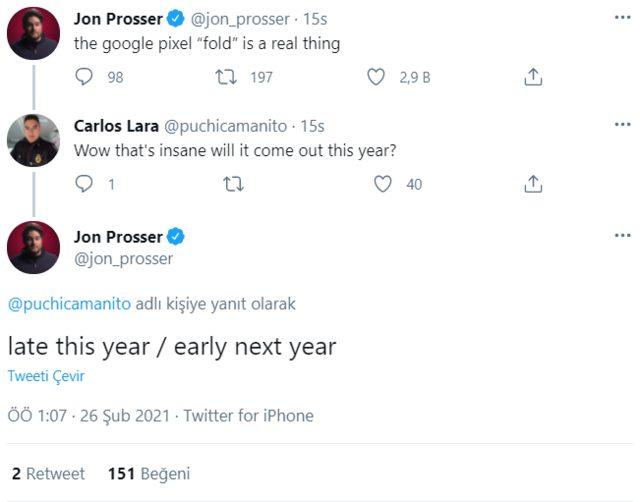 Another analyst, Ross Young, said in his tweet about 2 months ago that Google would produce a foldable smartphone. Young also responded to Prosser’s tweet and shared an image from his tweet. Prosser responded to Young’s tweet with a similar emoji. Although both analysts bring Google’s foldable smartphone, the company has not yet made an official statement. Therefore, there is no confirmed information in this direction yet.

The unforgettable blunders of famous people

TikTok agreed! It will pay millions of dollars