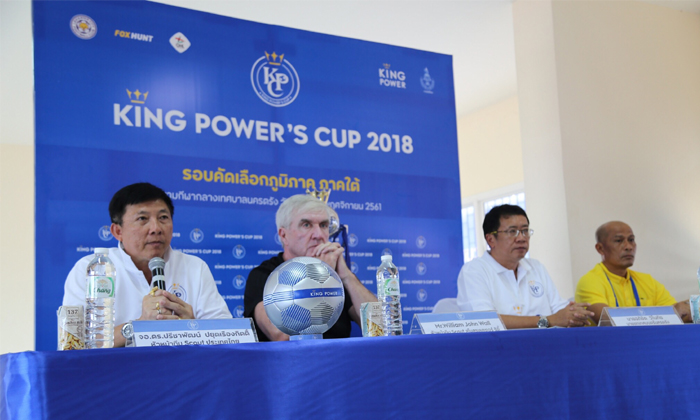 King Power along with partners The "King Power" Cup 2018 "is 15 years old nationwide on" THE BEST U-15 TOURNAMENT ". 10 good young people to participate in the youth football program "Fox Hunt" 4th edition to practice professional football skills. In Leicester City, England for two and a half years. 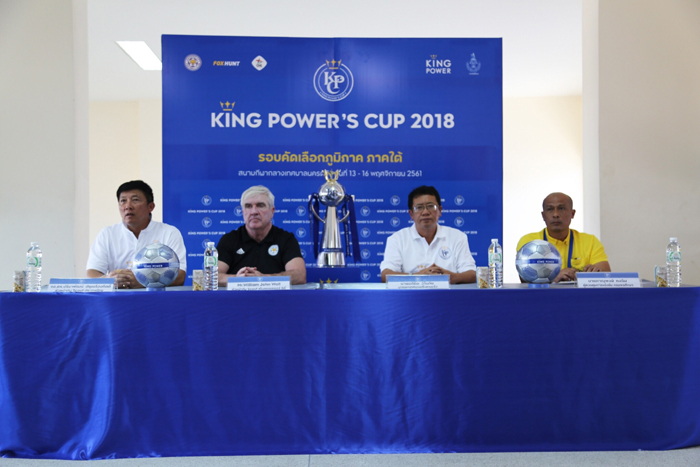 A press conference was held today to discuss the group's manager. To participate in the final round of the 12 South Teams in the period 13-16 November 2018 in the central Trang city stadium.

Mr. Apichit Winothai, the mayor of Trang, thanked King Power for his support for the development of Thai football. Especially the institution in the youth field. We are confident that the King Power Cup 2018 will continue to flourish. And keep the concentration. Inherit ideas And the good intentions of Mr. Wichai Sriwattana Prapas to give the opportunity to new talented Thai players to have the opportunity to practice football in Leicester City then. 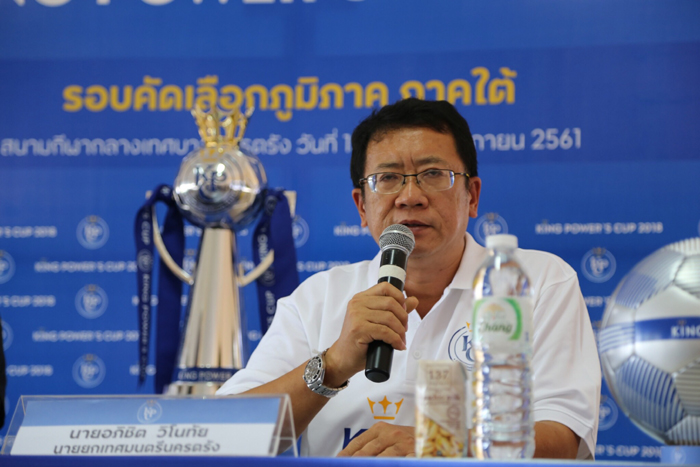 William Wall said: "For me, this year is different from any other year. I would like to tell you that in this place, Wichai Sriwattana Prapas is proud of the people of Thailand. K. Wichai And inspires many Thai children. Including the entire world to see the commitment. And the intention to seriously develop football. I assure you that I will work hard to find a good player in the fourth season of FOX Hunt and I hope that this year we will be able to find talented players. I think this is the best King Power Cup in the tournament. "

On the screen. The head of the Scout King Power Cup of Thailand has also revealed that the King Power Cup will be more exclusive than the previous match. They will have level A buses. A former Thai footballer who has been selected to compete in the FOH Hunt series, along with a team from England. 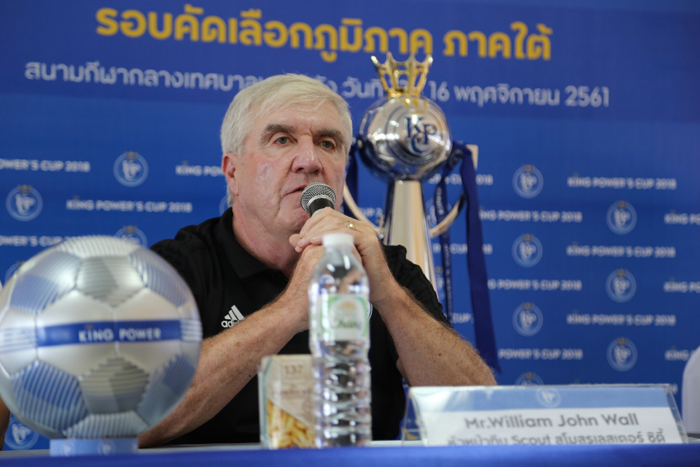 "William John Wall (leader of the Scout team, Leicester City, England), who has experienced many footballers, I always watch every player in each race and is ready to go straight to the player with glamor from the area. live and advise the player to make one-on-one to make as much of the players as possible.

The "King Power Cup 2018" contest in the southern zone (Trang) consists of.

For the first match on November 13 in the central stadium of Trang, there are four fights. 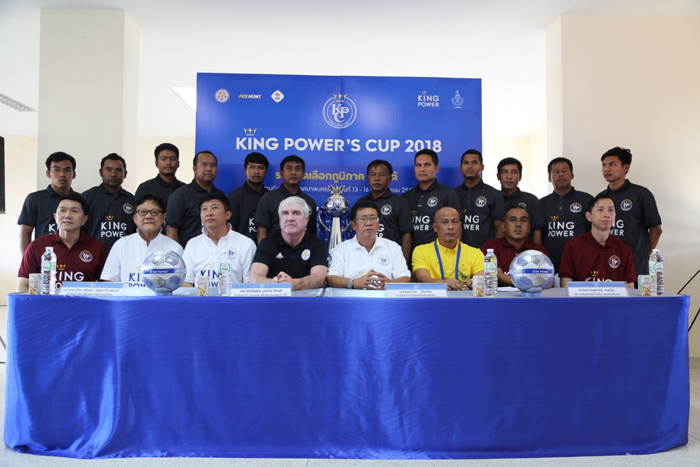