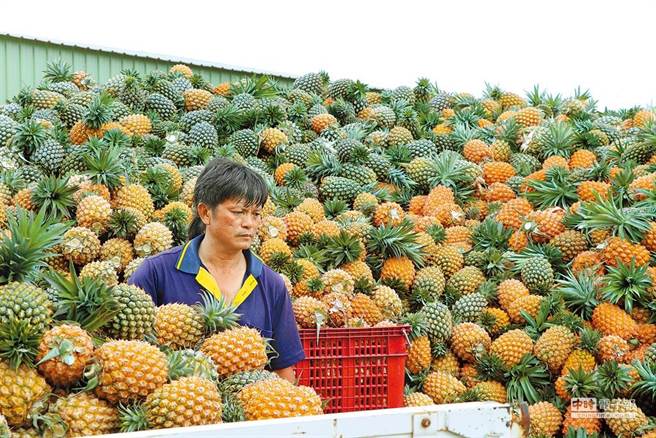 The General Administration of Customs of mainland China today published on its official website the “Announcement on the suspension of Taiwanese pineapple (pineapple) imports”. Ma Xiaoguang, a spokesman for Taiwan’s Foreign Ministry, said that since 2020, mainland customs have repeatedly curbed pineapple quarantine imported from the mainland by Taiwan. In this context, lawyer Lin Zhiqun categorically stated that Taiwanese pineapples have changed since the mainland country refused to buy Philippine pineapples due to the dispute over Huangyan Island in 2014 to buy Taiwanese pineapples. Therefore, more than 95% of our pineapples are exported to the other side. But he said frankly that orders that have exploded due to political factors may also be lost due to political issues.

Ma Xiaoguang said that once these pests are introduced, they will pose a serious threat to agricultural production and the ecological security of the mainland. In order to avoid the risk of plant outbreaks at source, the General Administration of Customs of mainland China has decided to suspend the import of pineapple from Taiwan to the mainland from March 1, 2021. This is a normal biosecurity precaution, scientific and logical, with the relevant laws, regulations and standards of the mainland.

Lin Zhiqun said that since 2014, the volume of Taiwanese pineapple exports to the other side has exploded three times and more than 95% are exported to the same country and region. In 2019, there was an article discussing such an excessive concentration, how to spread the danger, and to identify parasites and diseases, in fact, the problem can be big or small, the most important is the political issue.

He stressed that before 2014, mainland China bought mostly pineapples from the Philippines. Later, due to the dispute over Huangyan Island in the South China Sea, the other side suddenly felt that there was a problem with pineapples in the Philippines, so it bought them from Taiwan. However, he regretted that orders received due to political factors may also be possible.

In this context, some netizens left a message, “The government has made both sides of the strait rigid and ignores the livelihood of pineapple farmers. Is not it responsible?” Some netizens also believe that “Taiwan should be aware of the fact that European and American semiconductor supply chains are highly dependent on Taiwan and will also be dispersed in the future.”

News: China Central Television reported that the General Administration of Customs of China issued a statement today (2/26) announcing the suspension of Taiwan pineapple imports. Ma Xiaoguang, a spokesman for the Taiwan Bureau of State Council, said that since 2020, the mainland customs have repeatedly imported pineapples from Taiwan. “Quarantine pest monitoring”, once these pests are introduced, will pose serious threats to agricultural production and ecological security on the mainland …