If only that goes well 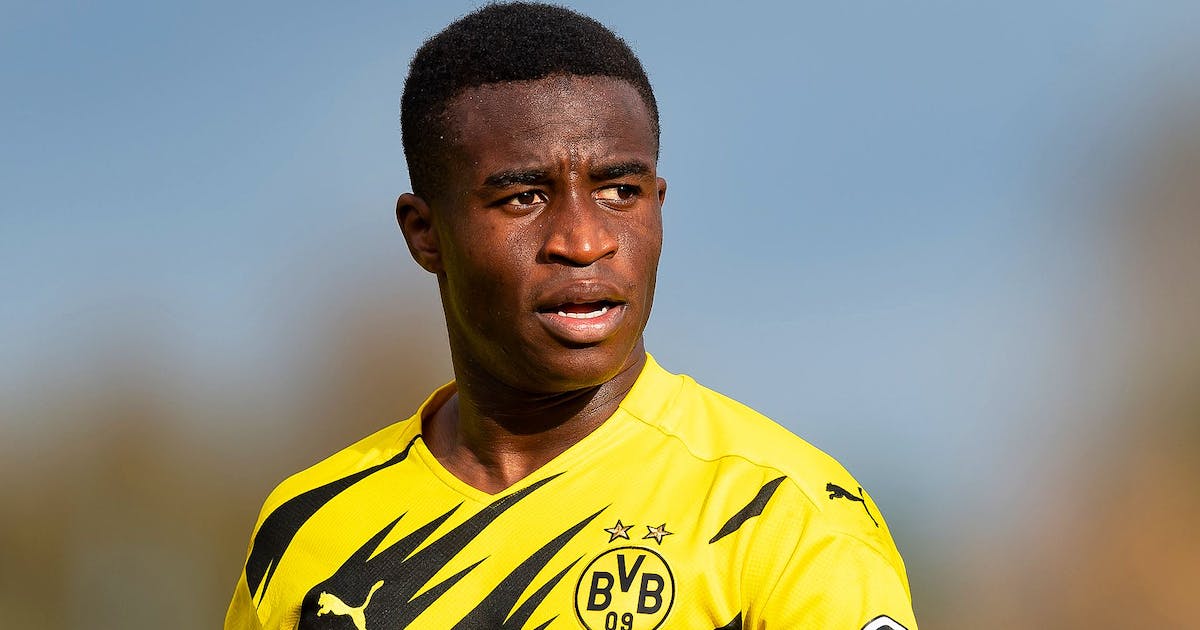 Never before has he felt more pressure than Youssoufa Moukoko before his first professional game. Expectations for BVB’s talent are huge, experts already see an increased risk of exhaustion.

The name Youssoufa Moukoko has haunted the media landscape for some time. Since the young striker moved to the youth department of Borussia Dortmund in the summer of 2016, he has made headlines again and again with his incredible goal percentage.

In the 2017/18 season, Mukoko played in the U17 Bundesliga as a 12-year-old – and scored 40 goals in 28 games against the five-year-old! Some praised him in heaven, but many others refused to believe the incredible story of the young striker and claimed that the Cameroon-born Mukoko was much older.

Attitudes such as “Mukoko’s children are very proud of him” and “It was already 15 years ago” can be read in abundance on social media – the teenager becomes funny on the Internet and is hostile to above average performance. . Without any indication of possible fraud. The fact that his father, who has lived in Hamburg as a German citizen since the 1990s, brought him to Germany from Africa in 2014 seems to be considered by the complainants as an indication that Youssoufa has long since grown up.

Mukoko himself seems to be bothered only to a limited extent. In 2018/19 he even scored 50 goals in 28 games. He then went up to U19, where he scored 38 stalls in one season. And last summer, the perfect offer followed: the striker joined the professional team at the age of 15 and was allowed to train with Reus, Haaland, Sancho and Co.

Moukoko has not played yet. For one simple reason: You are only eligible to enter Germany at the age of 16. The striker celebrates his 16th birthday on Friday. The next day he could make his debut against Hertha Berlin and replace Nuri Sahin as the youngest player in Bundesliga history.

In recent weeks and months there has been a huge advertising campaign for the teenager, with more than 700,000 people following him on Instagram. Everyone is looking forward to the first professional appearances of the child. Even national coach Jogi Löw has already commented. Mukoko has “a talent you don’t often see,” Lowe said recently. Former world striker Samuel Eto’o already sees Moukoko as the new Messi and wants FC Barcelona to catch the super talent.

Even before the first professional game, miracles will be expected from the youngster. We often seem to forget that he is still a 15-year-old boy, a young man. But the pressure is already huge. What if Mukoko does not score in his first appearances? How will he deal with the criticism?

German sports scientist Arne Güllich puts his warning finger on the WDR “Sport inside” program: “First, players who start training more early have a much higher risk of post-stress injury. Second, they have an increased risk of exhaustion in late adolescence. “

Nuri Sahin also warned “Kicker”: “So far, only the sun is shining on it, it has never had rainy days. But these rainy days will come. So it is important to have people around you to accompany you and you. “Mukoko seems to have the right people by his side. At BVB, they try to protect Youssoufa Moukoko as much as possible – also from the public. Interviews with top talent are rare.

So far there is only one Moukoko interview since 2018. And in this it becomes clear that the German junior international also has high expectations of himself: “If I am honest, my goal is to become a professional in Dortmund, to win the Champions League with Borussia Dortmund and to win the Ballon d’Or.

The sad culmination of the hostility was reached in October this year. In the game of Dortmund U19 against Schalke, the opposing fans insulted him very badly and threatened to “break all the bones”. It should be mentioned once again that he is not an experienced professional, but a young footballer at the age of 15.

In an Instagram statement, Mukoko responded: “I keep laughing, I keep doing my thing, this is my passion, this is what I like, no matter what anyone says, it just makes me stronger. You can hate me and insult me, but you will never succeed, because what I love, I will always do, and that is to play football and score goals. “

Strong, mature words from a teenager! The real reaction, however, followed on the pitch: Moukoko shot Schalke with a hat trick. The striker has played four games this season for BVB U19, scoring 13 goals. The almost 16-year-old actually looks ready for the Bundesliga. One can only hope that the enormous pressure will not break it.

So yes! Meghan Markle has given the authors private information

Ikea customers are angry with the Swedish furniture store