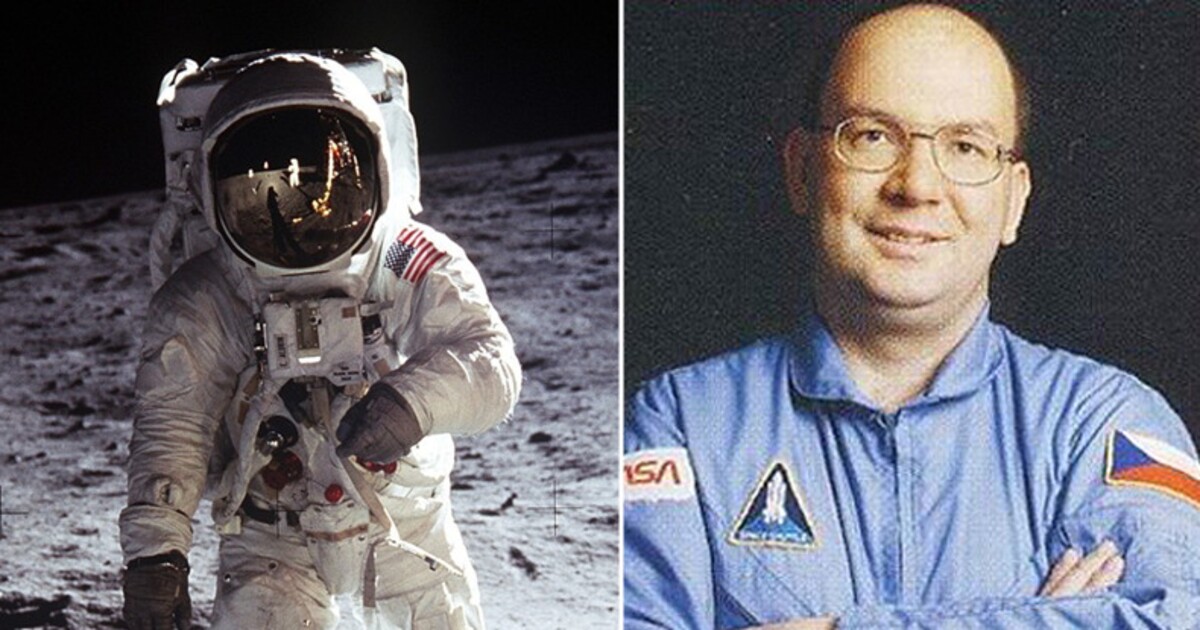 “It’s good to have insurance, but there is no planet B and I do not think there will be a colonization of the universe with the style that we will all rise and fall from Earth.” says the aviation and cosmonautic curator of the Technical Museum in Brno, Thomas Paibille.

In recent months, both Jeff Branson and Jeff Bezos have flown into the stars, Elon Musk is testing the Starship rocket again, and sometimes Chinese rocket parts fall from the sky.

The space race has resumed, so we asked Tomáš Přibyl not only why we need to get to the moon and build a base as soon as possible, but also for future plans for manned Mars exploration and space tourism, which may be a few decades available as a holiday in the caribbean.

In this article you will read:

The biggest objection of some people to space research is that billions of euros are spent on it, but tangible results are not visible.

We do not put money into space, but they live on Earth. The spaceship flying to Saturn is not a pack of banknotes, but this money will be returned to us. Cosmonautics is a catalyst for growth and progress. Thanks to this, we have new knowledge and technologies that can solve immediate problems on Earth.

When we fill money somewhere on this planet, it is usually a short-term solution, but cosmonautics is a long-term solution. Once upon a time, India had to increase education and so it created its own space program. There are more than one billion people in India, with more than 4,000 languages ​​and dialects, and so many people were illiterate because textbooks could not be created for everyone.

India therefore relied on communication satellites and began broadcasting satellite TV via satellite in inaccessible agricultural areas. The government prepared simple leaflets on how to make a wire mesh antenna for a rabbit cage, so it started covering everyone with a satellite connection. Yes, the satellite may have cost hundreds of millions of dollars, but if they were to invent terrestrial broadcasting, they would need stations all over India and it would cost billions.

In an interview, you said that we are experiencing cosmonautics 2.0 today. What happened that the last 50 years were sluggish, but today the discovery of the universe is in full swing?

Personally, I think the time has come. It’s hard to imagine visionaries like Elon Musk, Jeff Bezos or Richard Branson 20 years ago, because there was no technology at the time. Today we have a mobile phone in our pocket, but 30 years ago they could only dream of it. Just look at what the computer was like then and what it could do. In my opinion, the time has come and the right time, the right people are in the right place.

Once upon a time, there were idiots who tried rockets, made investments, but they always lacked something. Customers, technical knowledge, legislation. Now everything is united in one track. It is not that billionaires are building satellites today, but they are changing the way they use space from the beginning.

In the past, the struggle for space was a matter for the Americans and the Soviets. There are many more players today. If we look at the discovery of the universe from an idealistic point of view, shouldn’t it be about united goals and cooperation?

Excellent cooperation in space has prevailed for the last 20 or 30 years. We have created the ISS and the activities of all countries are involved, but when you have no competition, nothing pushes you forward. Let’s look at the 1960s, when the Soviets and the Americans competed after every championship. Sure, times were different and people were full of inconceivable money, but still.

Long-term cooperation is beneficial, but in the short term it causes stagnation. Today, countries are cooperating without precedent. For the Chinese research mission to Mars, the devices were supplied by the French as well as the Americans. Such an Argentina, in turn, provides a radar station for China, because China has no radar in South America.

A group of European ESA astronauts are still learning Chinese as they fly to the Chinese space station. And American missiles fly with Russian engines. There is a huge amount of work to be done in space, so it is not a problem if some projects are not even coordinated with each other, but the big ones are done together. There are no star wars.

The earth is threatened by climate change. Will there ever be a time when we gather and start as human beings in space, because the Earth will not be habitable?

I think not. It’s good to have insurance, but there is no planet B and I do not think there will be a colonization of the universe with the style that we will all rise and fall from Earth. I like the vision of Jeff Bezos, who would like to transport heavy and dirty industry into space, not humans.

We may pretend to have sustainable growth on Earth, but one day the time will come when we will run out of resources. So isn’t it better to send heavy industry into space, build huge power stations and mine asteroids so that we can maintain only one leisure zone on Earth?

We do not need to jump into spaceships and fly, it is better to start using this endless well above us.

Will we travel into space in a few decades like today from low cost airlines across Europe for a few euros?

the Unlock 1 article via SMS

The price of an SMS for opening an article is € 3.50 including VAT. How does it work;

What will you learn after unlocking?

Report an error. If you find a defect in the article or have comments, let us know.

Ask for 1.5 € for connection with the operator. It now creates a free connection via WhatsApp