Thailand's policy is warming up ahead of the popular elections 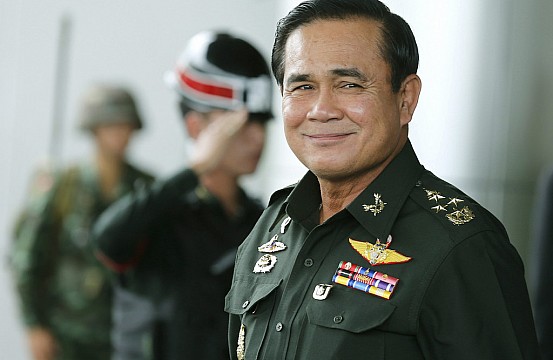 With the new round of promotional campaigns in connection with potential polls in Thailand, it has focused on parties, players and who could be the future prime minister.

Late last month, Thailand's basic "opposition" Thai party – in connection with the government junta government that is now in its place – announced that Viroj Pao-in has emerged as the leader of the party ahead of the upcoming elections. Although there is still much uncertainty about what this means for the party's future, including who will in fact be a prime candidate for a competition, the development has paid more attention to the country's upcoming polls and what is the the mix of parties will be like.

Pheu Thai, the party founded by the exiled businessman and former leader Thaksin Shinawatra, has long been in control and harassment in Thailand despite his success in the polls. Thaksin himself was overthrown by a coup in 2006, and his sister Yingluck was overthrown in the latest coup in May 2014 to see Army General Prayut Chan-o-cha come to power and serve as current prime minister. Since then, despite the multiple promises of the elections and the return to democratic sovereignty, no polls have been conducted.

The last round of an ad campaign for possible polls in Thailand emerged on a junta proposal that they could be held next year. Since then, other moves have been taken, including the alleviation of the ban on political activity in the country, which has been seen as a way to crack down on disagreement and debate. Pheu Thai's announcement of his new party leader came in this context, which raised questions about what would look like the shape of the opposition in Thailand.

However, some fundamental issues remain unresolved. While the party has chosen a leader in the 86-year-old Viroj, a police chief lieutenant, former deputy prime minister and active party leader, has not chosen the prime minister.

This is not entirely surprising. Moreover, the political future of Pheu Thai is uncertain: his association with Thaksin remains a wicked point for the military and underlines the strong political approach of Prayut's policy. For example, Pheu Thai had to deny any ties with Pheu Tham who media reports said he is widely believed to be a "back-up party" already in the election committee to be used if Pheu Thai is blocked by competition, or as a commentator said "in the event of a civilian accident."

There are other issues to be resolved. There are other parties that could be in the mix, while Pheu Thai's popularity has long been clear given Thaksin's populist politics, the years of turmoil that he has suffered and the multiple changes in leadership may have somewhat reduced his appeal. The junta's adjustments to the country's political rules will play both in the process and in the outcome of the polls. The role of the military in any post-election context, including the Prejt itself, is also vague, particularly because of its previous ambiguous statements about its future position.

And of course, given the multiple postponement we have already seen about conducting polls, we should not assume that they will be held on time or will remain illogical that they will be representative of the true feelings of the people of Thailand and in accordance with unexpected democracy which the country has been pursuing since the junta took over. As has been demonstrated in Thailand in recent years, election results are often the beginning of history rather than its ending.