Part of the outside façade falls from the Bedok tank block, the investigations continue 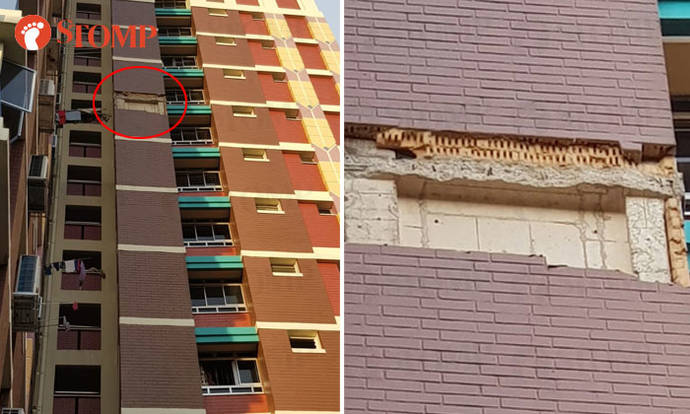 Residents of Block 634 Bedok Reservoir Road were shocked when a part of the building's exterior facade fell to the ground on Thursday (November 8th).

Stomper Syed, a resident of the block, alerted Stomp of the incident and shared photos of the debris left at the bottom of the building.

In his photos, the area had been filmed.

Stomper told Stomp that the part of the outside façade that had been detached was somewhere on the ninth floor.

"It was scary as they live in this building," said Syed, who lives on the fourth floor.

"Fortunately no one was around when it happened."

In response to a Stomp question, the Aljunied-Hougang Council said he had been notified of the matter at 3.20pm.

They said they immediately sent away from the affected area as a safety precaution.

"We are working with the authorities and an external facade is being conducted," a spokesman said.