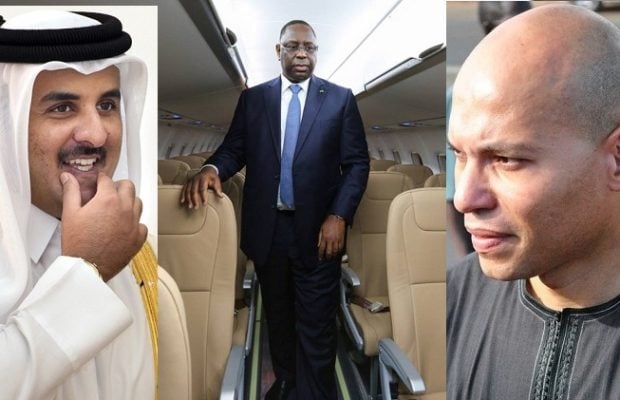 Ali bin Fetais al-Marri, a prosecutor since 2002, has just landed very discreetly. It is the subject of many international complaints.

According to the French newspaper Le Point, which sells the wick, on Friday, July 6, President Emmanuel Macron received a long subject signed by Sheikh Ahmed Binhalid bin Mohammed bin Ali bin Addullah bin Qassim bin Mohammed al-Thani. Simply put, he is a member of Qatar’s ruling family, linked to the Al-Thani dynasty. He names the former Qatari attorney general and many of his associates “for embezzling the wealth of the Qatari state” for their own gain. And “I used France as a haven for criminal acts in relation to international justice”
Recall, the cumbersome Ali bin Fetais al-Marri was the shadow mediator in the Karim Wade case. With this mysterious character mentioned in the “Doha Protocol”, Wade-fils left Senegal, during the biggest crisis, in June 2016.
In an article published on December 12, 2018, the well-known Mediapart wonders: “Why does the Attorney General of Qatar support Karim Wade?” The newspaper was convinced: “Near the King of Morocco, who introduced him to the Qatari officials, Karim Wade approached the Attorney General while he was still the head of ANOCI. At that time, rumors of secret funding for the Wade tribe’s election campaigns erupted in diplomatic circles. Ambitious, Qatar is known for funding policies abroad, especially in France.
So it was no surprise that Dr. Feta was boarding a private jet in Dakar in June 2016 to pick up Karim Wade (…). The result of the intense diplomatic negotiations, the former minister will be warmly welcomed in Doha, from where he is preparing his return “.
“In a tense geopolitical context, Qatar’s intervention in Senegal politics is going badly. Despite Qatar’s generosity, President Macky Sall is said to be wary of this massive friend and his strong support for Karim Wade. “According to several observers, Qatar would actually try to position itself as the next president of Senegal, to influence politics in West Africa and to offset the interests of Saudi Arabia.”
In August 2018, Ali Bin Fetais Almarri maneuvered to “warm up” relations between Qatar and the Gambia, following the reshuffle of the cabinet that established the return of former barons of the Jammeh regime who were well connected to Doha, like Mam Bury Njie and Momodo Tangara, are once again finance and foreign ministers.
“Immediately after the change of government, Qatar expressed its interest in continuing cooperation and relations between our two countries. “Not only did they send a delegation to express our solidarity with us, but they maintained and reopened our embassy in their country,” confirmed President Adama Barrow, who received the letter of credence of his new Ambassador on the same day (August 6, 2018). Qatar in the Gambia, His Majesty Faisal Fahad Abdallah al-Mane’a.
The whole question now is to find out what the geopolitical consequences of the dismissal of Ali bin Fetais al-Marri, author of a parallel diplomacy in West Africa, in the service of the rich gas emirate will be. To give more clarity to the question, will Qatar continue to show so much interest in this issue Karim Wade?