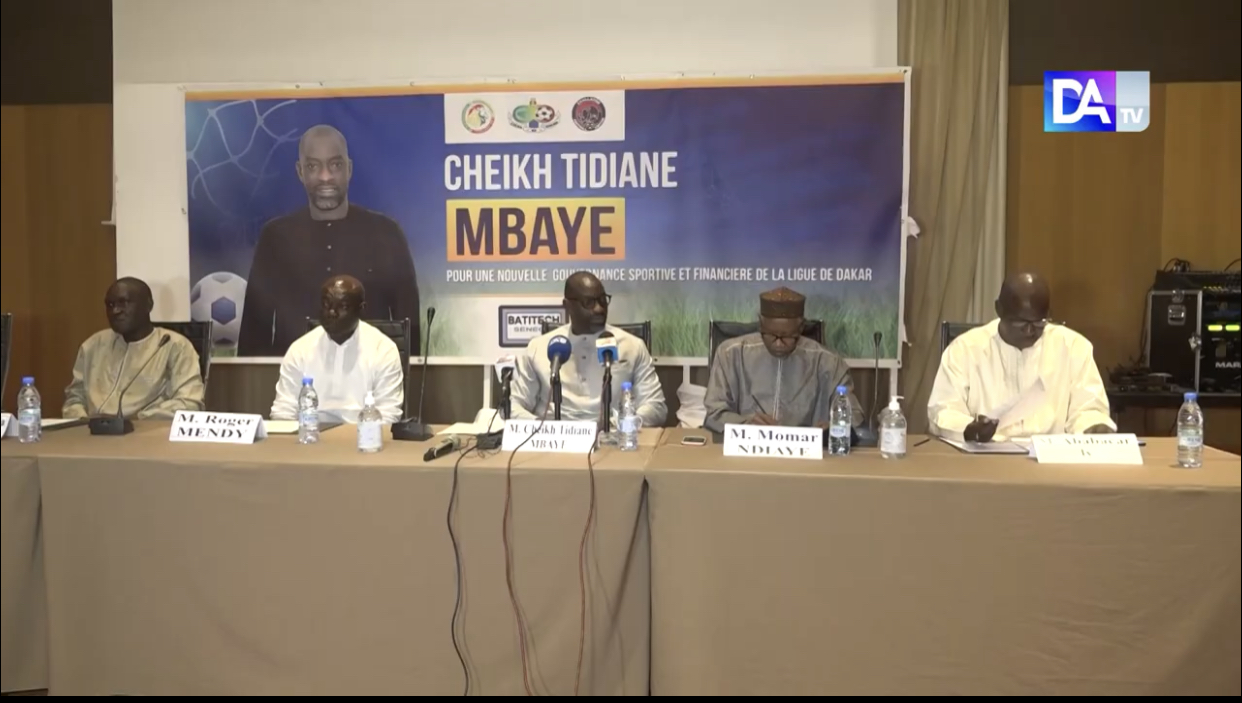 Cheikh Ahmed Tidiane Mbaye, 47, president of the Football Center Challenge, has publicly and officially revealed his ambition to take over the presidency of the football league, according to his campaign slogan “For better sports and financial governance in the Dakar League”. of Dakar.

Faced with the press this Friday, he rejected the main lines of his program offer, introducing his close associates, including former Senegal international defender Roger Medy and one of the candidates, Oumar Ngalla Ndiaye, who left the fight to support.

The honorary president of ASC Colobane since 2008, Cheikh Mbaye, who specializes in the food industry, intends to use his experience to breathe new life into the Dakar Football League.