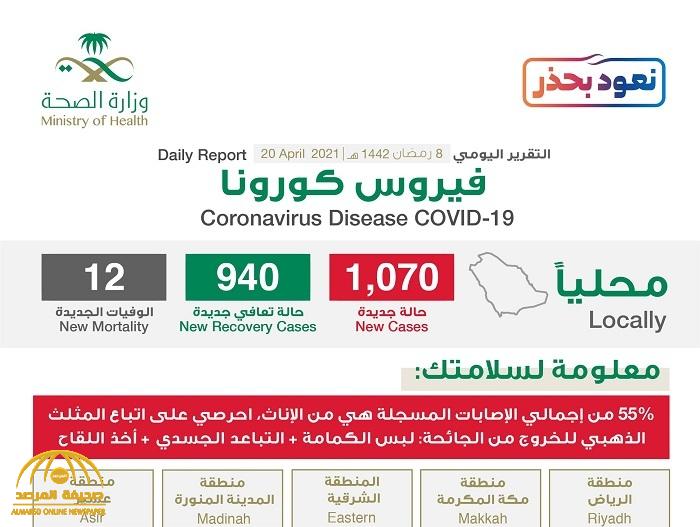 Al-Marsad newspaper: Today, Tuesday, the Ministry of Health announced the registration of 1070 new cases of “Corona” virus, 12 deaths and 940 recoveries.

The Ministry of Health revealed the distribution of new Corona cases, according to regions, through an infographic today, on Tuesday.

The distribution of cases in the regions of the Kingdom is as follows: 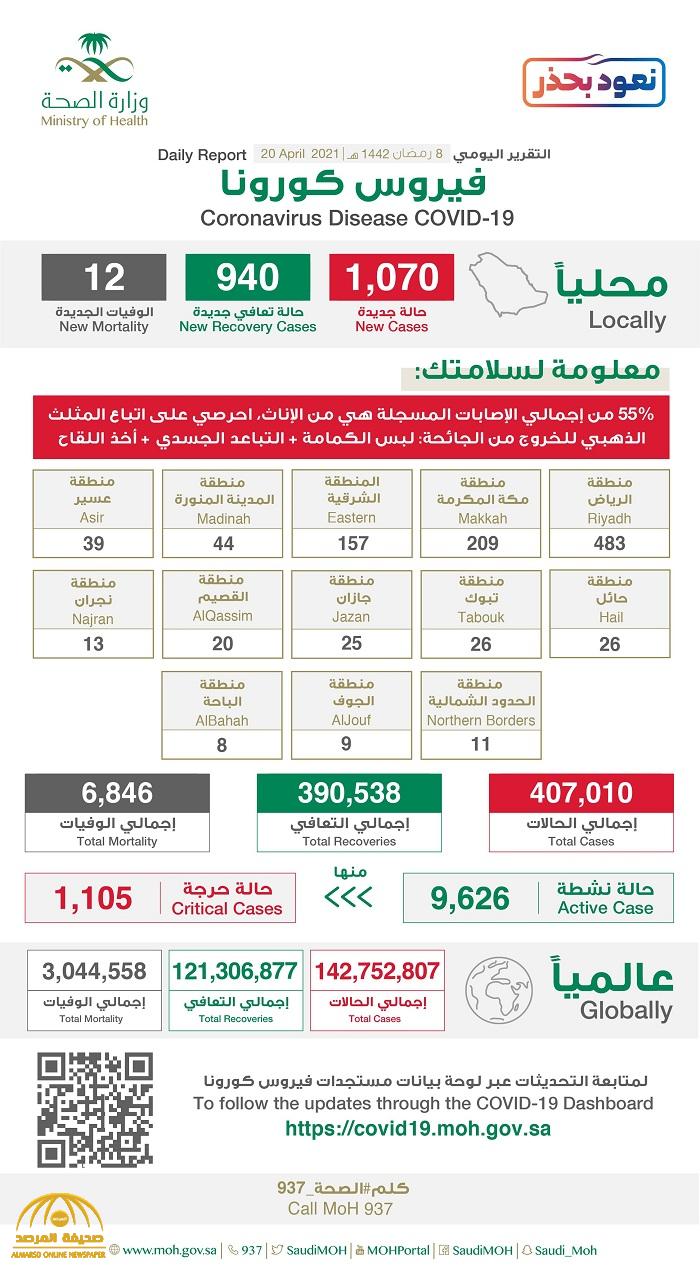 Why did the Hadj stop the 317 AH for the first time in history? .. A great massacre took place and these are the details – before

The success of American billionaire Jeff Bezos in space