Brazilian coach Fabio Carrelli announced the creation of the team to face Al Hilal in the match that will take place today at the King Abdul Aziz at the Ninth Round of Prince Mohammed bin Salman Cup.

The main formation noted the presence of Mohammed Awad, a professional in the unit, as published on the official website of the Saudi Arabia team via the Twitter social networking site.

The formation was as follows:

Al-Hilal is the fifth with 15 points, while Al Hilal is at the top of the ranking with 24 points. 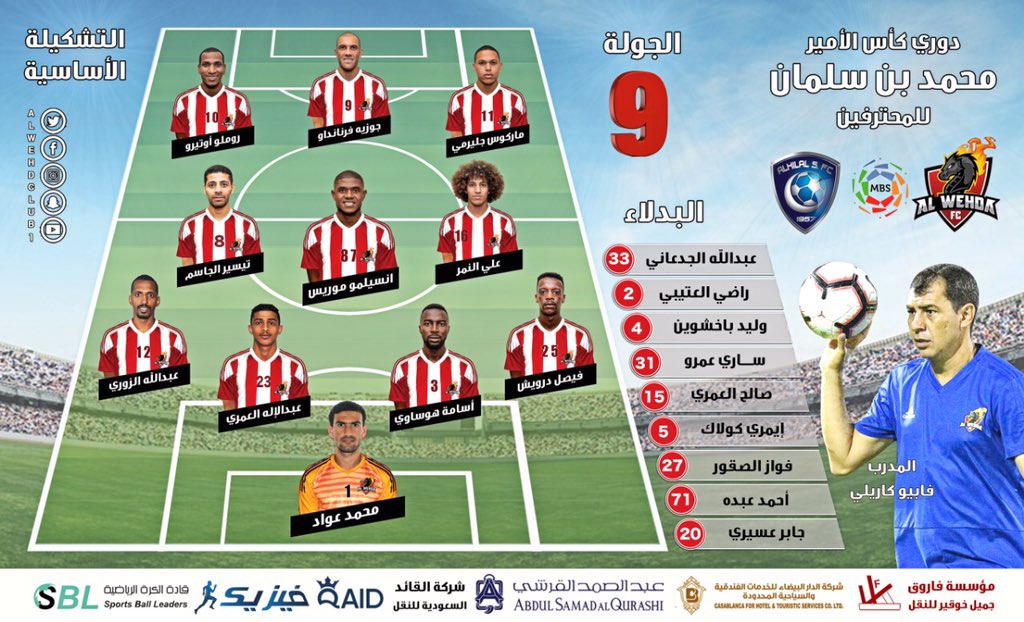