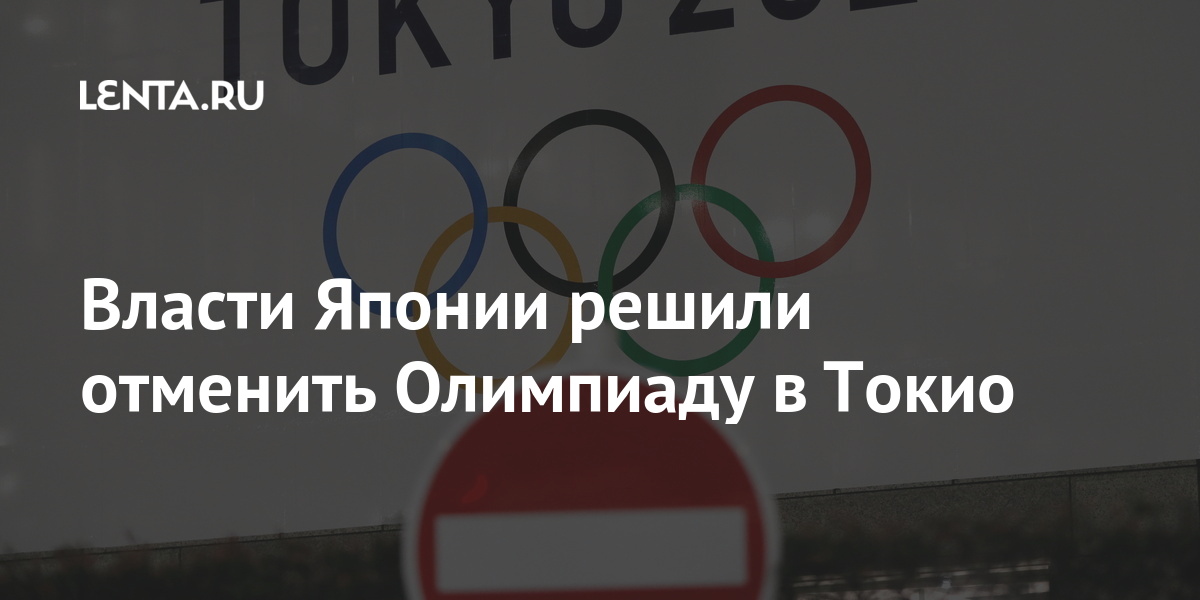 The Japanese authorities have tacitly concluded that it is necessary to cancel the Tokyo Olympics, which were postponed until the summer of 2021 due to the COVID-19 pandemic. This was reported by the Times, citing a senior government source.

The source said Tokyo was looking for an opportunity to announce the cancellation of the Olympic Games “without losing face”.

“No one wants to be the first to say that, but a consensus has been reached: it is very difficult. “Personally, I think the Olympic Games will not take place,” the source said. After the cancellation, he said, Japan will focus on hosting the Tokyo Summer Games in 2032. These are the nearest Olympic Games, the organizer of which has not yet been determined.

The fact that the 2020 Summer Olympics were postponed until 2021 due to the coronavirus pandemic became known on March 24. The director of the Games’ organizing committee, Haruyuki Takahashi, acknowledged the possibility of postponing the Olympics. At the same time, he stressed that it is impossible to cancel the Games completely, as this would be a huge blow to the economy of Japan and the world.