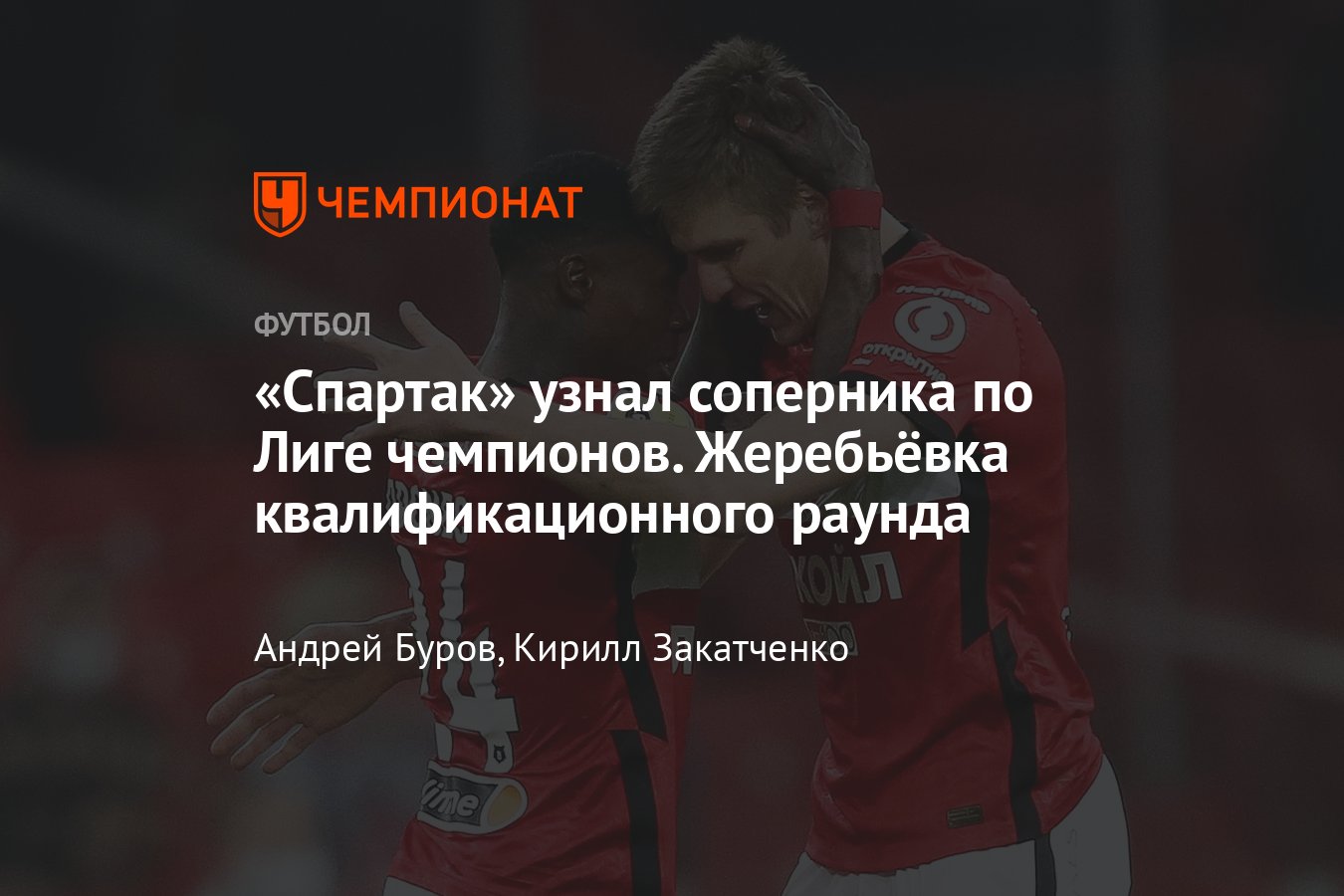 Giorgio Marchetti is already talking about the draw process. Let’s start with the course of the champions.

Art The Spartak players talked about their expectations from the upcoming draw.

❗ If Spartak beat their future opponent overall, they will be in the Champions League play-off round. But if he loses, he will enter the group stage of the Europa League.

. Six more newcomers to the Champions League team will be announced at the end of the qualifying rounds. The following is a list of 26 teams that will definitely play in the main draw.

Id Leonid Fedun, Chairman of the Board of Spartak, ruled out holding games at home in Luzhniki. In addition, he spoke about the modernization project of the club’s stadium.

Spartak will not play Eurocup matches in Luzhniki

. Let’s make a guess for now. Who will Spartak meet in the Champions League?

📌 In the stage of the 3rd qualifying round, the draw will be divided into two stages – for the championship track and the championship. We are more interested in the first path, because that is where the Russian club is. All teams are divided into seeds and non-seeds depending on their position in the club ranking. “Spartak” was among the seedless teams. He will not play with Shakhtar, as UEFA dissolves teams from Russia and Ukraine.