"Candidate for the Puskas Award" :) 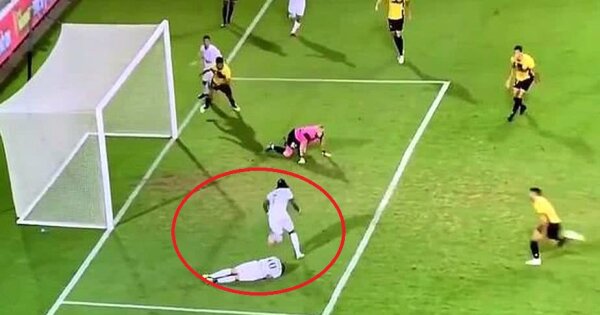 Hambi Hambi, the former French player FCSB, achieved the goal of winning Macabi Putah-Tikva, to 1-0 with Netanya. He then distributes the naked video on Twitter with a funny comment: "Candidate at The Pushka Award".

He made a return to FCSB in 2008 and scored only one goal in eight league games. Now, on 31, Habib Habibou, the French striker with a selection of the Central African national team, has come to the forefront of Israeli football with rare success.

It was 87 minutes from Netanya. After an attack from his team, Maccabi Petah-Tikva, Habibou stayed next to a rough coach, but the ball did not come out. Maccabi continued the attack, the rightmost goal in front of the goal and the goalkeeper escaped from the ball under him.

Watching everything, Habibou left his teammate and sent the ball to the net. Netanya players complained. Nothing. Goal was validated. And the counsel returned to his colleague asking for help from doctors.

The French have fun, distributing the film on Twitter. "Candidates for the Puskas Award." For the goal of the year.

See also: Rafa Rebel! Van der Vaart put his boots in his nails and included Romanian in his ideal team