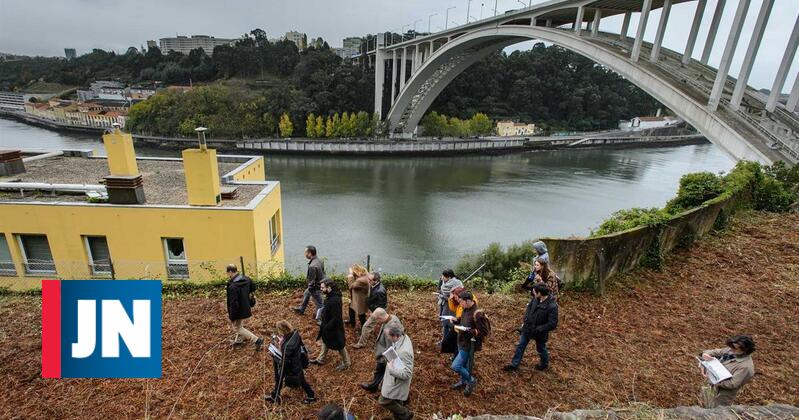 The prosecutor is investigating three buildings downstream of the Arrábida bridge, Porto, two along the banks of the Douro River and one at the top of the area, according to the Prosecutor General's Office.

According to an official source of the PGR, in addition to Arcada's work, in judicial inquiries since April, there are also "investigations carried out by the Deputy of the Department of Investigation and Criminal Action of Porto" on the project at the top of the countryside, Imolimit, and the construction at the base of Arrábida, closer to Foz, initially responsible for Portomoz and now in the hands of Efimóveis.

Asked by Luisa about these two recent projects, the PGR said it "confirms the existence of investigations carried out by the DIAP MP Oporto," adding that "they are secretly and are not accused."

With regard to the work of Efimóveis, on the basis of the area, Luca confirmed to Port Douro and Leixões (APDL) that this entity submitted a complaint to the MP about the contract.

Both projects are in the public water sector and, in a letter to which Lusa had access in April, APDL informed the House that urban development activities in this area should be preceded by the opinion of the port authority.

In the letter, the APDL states that it has to rule on all contracts "occurring within 50 meters of the margin in its jurisdiction".

At that time, the municipality responded by saying that it does not have a "dual meaning" view on the water sector in the Municipal Plan (PDM).

On July 24, Público reported that APDL filed a complaint against the MP against the Chamber, due to the construction of two projects on exit.

As for work at the top of Arrábida on 18 September, in a public session of the executive, the mayor of Porto, independent Rui Moreira, revealed that the municipality had neither "knowledge" nor was "notified" of a complaint to the Administrative and Financial Court of Porto (TAFP) for construction.

Like the work of Arcade, this Imolimit project is close to the Arrábida Bridge, the National Monument since 2013, which at the end of July put its Special Protection Zone (ZEP) in public debate.

In April, Luca revealed that the junction had only a "general" and "automatic" 50 meter protection zone.

Issued by Câmara do Porto, the permit for the Imolimit project dates back to the end of 2017 and follows the demarcation of ZEP launched in March of that year by DRCN, according to DGPC in the " elements "made available to the public consultation of the SPA.

The demarcation process was stopped because a request for a meeting of the municipality by that entity had not been received, as DGPC stated in these documents.

The municipality gave the green light to the construction of six floors in a tall building where only two were planned, adds DGPC.

The PGR revealed to Lusa in April that the MP was investigating the work of Arkada on the extent of Arrábida and the operations of the countries in which the work is carried out.

This work sparked controversy in Porto, led to surveys by the General Inspectorate of Finance and is the subject of a possible Examination Committee of the Porto Municipal Assembly.

Lousa tried to get a comment from the department of Porto, but so far it was not possible.