All you need to know about the Avenida da Liberdade festival in Lisbon.

Super Bock in stock begins next weekend at Avenida da Liberdade in Lisbon on November 23 and 24. Times are already available and you can also download the official iOS and Android app – with calendar, hours, artist information on the map, room map and real-time storage.

From the concert to the concert, it will be possible to find news not only in the rooms but also on the route between them:

– The Super Bock BUS is also the Super Bock concert hall in stock – with the commitment to fill Music Avenue, this is the service coach. Up and down, the party is from the center of Avenida da Liberdade to Restauradores, bringing music even closer to the audience. There is no stage there, but we recommend that it stick well to its sound Functionally (day 23) and Hercules (24th) at 8.45 pm – 1 pm, 10 pm – 2.15 pm, 10.45 pm – 3 pm and 11.45 pm

– Taxify will secure the Shuttles Super Bock in stock, which, between Rossio and São Jorge Cinema, will bring the public free of charge from the Festival. To enjoy the debut of the Mobility Platform at the Festival, just show the bracelet of the same.

– At the entrance of the EDP room (Garage Epal), it will be possible to charge the mobile phone with the help of Backpackers who will be there for that purpose.

– At MOCHE Block in Capitol, everyone can imagine and mark his creative contribution to the Festival, capturing real-time the facade of the Capitol building through video mapping.

– Also in the EDP room (Casa do Alentejo) you can collect one of the bags customized to the Festival.

– The SBSR radio celebrates Super Bock's 2nd anniversary. In addition to taking over the scene of the Rossio IP train station, the broadcast will be secured by the mobile studio that will create campsites in front of the Cinema São Jorge.

Exchange of tickets per bracelet

The ticket is a single ticket, which must be exchanged for a bracelet on its own, which is placed only by the Agency, in the box office of the Festival at the Coliseu dos Recreios on 22 November at the following times:

The bracelet will give access to all concerts in all rooms, always depending on each one's ability. That is, there will always be a place to watch a concert, but to watch the most popular, it will be convenient to arrive early.

How do you get there?

To avoid traffic and time to search for parking, we advise you to reach the Festival using public transport. 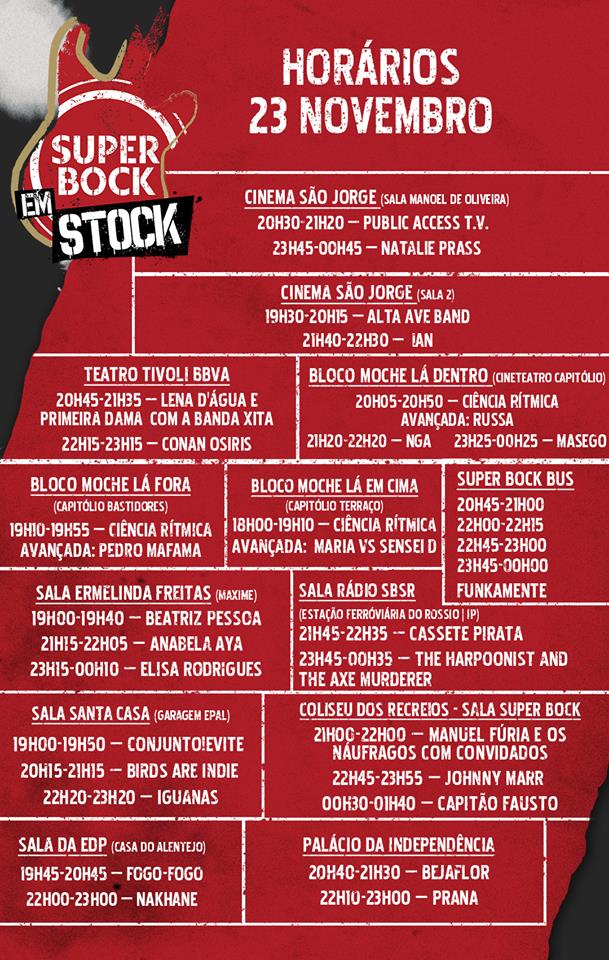 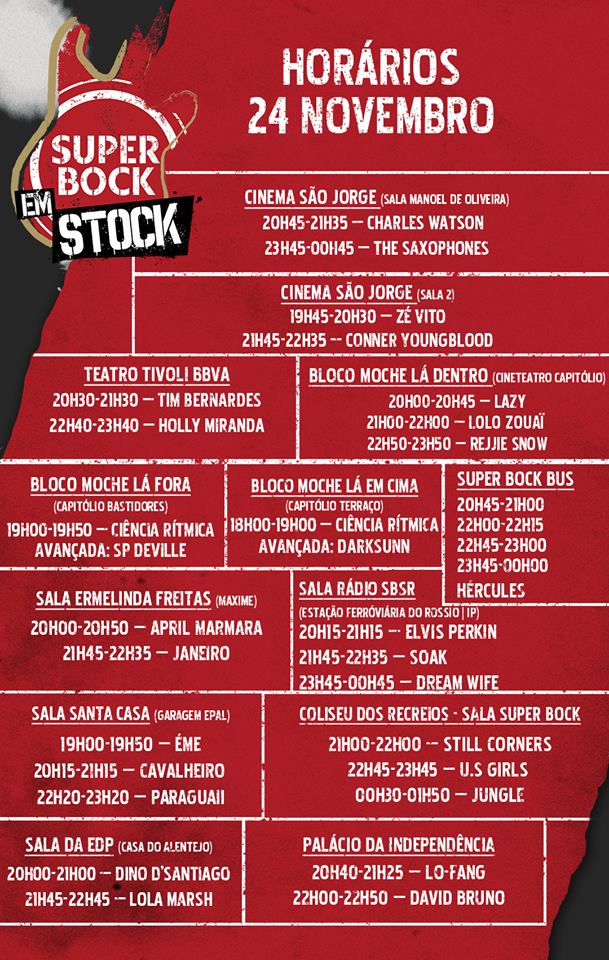