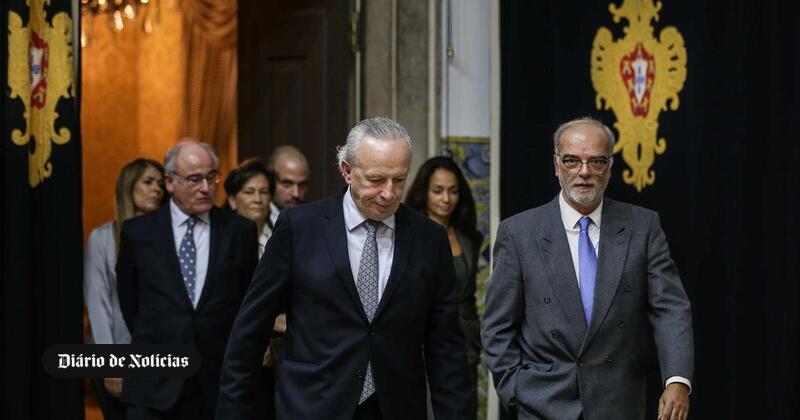 "We have also said to the President of the Republic that as a new political party we trust the person in charge of the head of state," said Pedro Santana Lopes to reporters at the Belem Palace in Lisbon at the end with Marcelo Rebelo de Sousa, which lasted about an hour.

The former prime minister referred to "the noise that has been in connection with certain issues of the day, at the highest level of the same state" and left a sentence: "The head of state does not need to say as often as the Portuguese believe in it, because we are convinced that they are doing it. "

In a possible reference to the Tancos case, Pedro Santana Lopes added that there is "noisy about issues that should in fact be handed over to the competent bodies that will terminate the investigation when they deem it appropriate" and defended that "the state must live at the level of most summit otherwise. "

"The country also needs an equal President of the Republic, between the government and the opposition forces, because we all see our highest hierarchy, those who voted it, those who did not vote, but each country needs a head of state that can devoted to the most important causes of this country, "he continued. He then felt that this "has done and will continue to do this President of the Republic."

Santana Lopes did not clarify whether his new party is blocking or joining PS. "What will happen after the elections, we will see and we will keep this issue for the election campaign," he replied.

"We continue to say that this left front is inappropriate for what is best for Portugal. We will see after the election how the party system is formed," he said.

However, he argued that the current Prime Minister and Secretary General of the PS, António Costa, "has the obligation to state, even for what happened three years ago, whether it is elections that wish to rule with this majority in the next parliamentary term or no ".

"We told the President of the Republic that we would try to be a force – I was very happy to stress this – constructive by working affirmatively," he said, ensuring that they "come to build and seek to promote and make sustainable government solutions." The Alliance seems to "try to make an alternative to this majority, but without prejudice," he said.

"The country also needs an equal President of the Republic, between the government and the opposition forces, because we all see their vote, those who voted it, those who did not vote"

"We want to have the best possible result and I believe that the President of the Republic – I can not talk about him – believed in our firm will, we did not come up with difficulties but do good in the Portuguese political system," he said.

According to Pedro Santana Lopes, "PS has slipped a bit to occupy a central position in the party system," but "there are three parties in the center-right and three parties on the left, everything will change."

By urging the Alliance to position the Alliance ideologically in the political spectrum with regard to PSD and CDS, he replied that divisions between left and right are "out of date."

Asked where to sit in parliament, he replied: "Wherever we invite, I have no prejudices, but maybe there are good entrances and good outings there in this central zone.

"We are liberals, we are personal, we are defenders of a state of solidarity, so we define ourselves, that is what we are in the statement of our authorities," he said.

Among other positions and proposals, the Alliance supports "less taxes" and "less state", "generalization of health insurance" and citizens to deny "private supplementary pension and retirement schemes," he said.