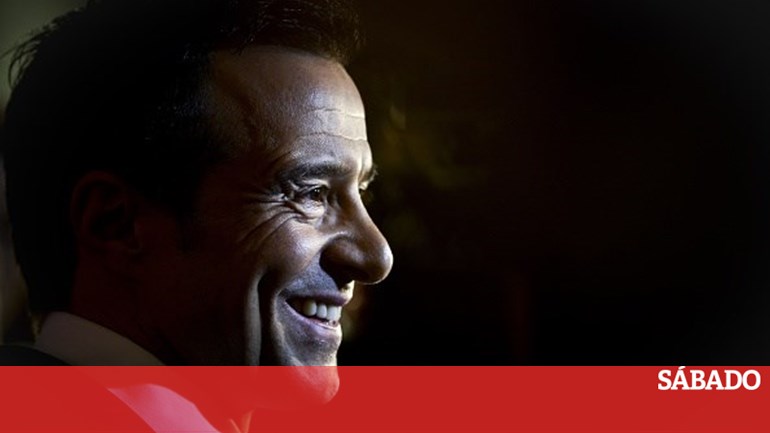 The Portuguese entrepreneur targets not only the Portuguese authorities, but also Spain, Ireland, the United Kingdom and the Netherlands, in a multinational research centered on 34 contracts and two coaches represented by Mendes.

Agent Jorge Mendes has been targeting a multinational survey conducted by the Portuguese tax authorities for more than a year. Its taxes and activities are controlled by inspectors of the Department for Fraud Investigation Services and Special Services of Action (DSIFAE), part of the Portuguese Tax Service (TA). Expresso.

Spain, Ireland, the United Kingdom and the Netherlands were invited to participate in the Portuguese survey to see whether the sports agent's activities pay the taxes due both in Portugal, where Jorge Mendes resides, and in other countries where he has companies or unions operating – another factor that has led to the composition of European research teams.

Suspicion began with the analysis of Jorge Mendes's activity in the first half of 2017 when the researchers found that the agent had stated that he only received salaries rather than dividends that paid the attention of tax authorities that have already been inspected and collected in 2014 more than EUR 5.3 million for the launch of SGPS. Under the current Portuguese regulation, companies, after paying IRC and distributing profits to shareholders, have to face dividends in one of two ways: if the beneficiary is a company, there is no reason to pay more taxes. if it is a person, it will be considered a personal income subject to the IRS with 28%. That is, officially Jorge Mendes has not shown that he is receiving benefits from his companies.

In the proposal to the other European authorities (all of them less accepted Cyprus, which preferred to respond only to requests for information), the Portuguese government recalled that 52-year-old Mendes was at the forefront of the first wave of articles on football leaks 2016) European Investigation Cooperation (EIC) and representing names "involved in fraudulent tax regimes related to the payment of image rights and by the intervention of companies based in Dublin, Ireland and "- Cristiano Ronaldo, José Mourinho, Radamel Falkow, Pepe, James Rodriguez and others.

In addition to these issues, the entrepreneur also owns Gestifute in Portugal and Ireland with the same activity (player representation and mediation in the case of football transfers), which has led AT to wonder if Jorge Mendes will not omit some taxes actions that interfere with you.

The same applies to companies in Spain and the United Kingdom that did not cross Gestifute. "We are wondering if such agreements are announced in the Irish Gestifute or in the sector of companies we do not know today," the proposal says.

Mendes continues to win by managing the rights of players and coaches he represents through Polaris Sport (Ireland), which is jointly controlled by two Gestifutes from exploitation created in 2008 by the agent – Dutch start SGPS. This later turned into Start SE, controlled by "super agent".

In general, the accounts of the first three companies show that taxes were paid in their respective countries by 2015 and that the dividends were distributed by the holding companies. However, the Dutch, as his "mother" exploitation was exempt from IRC's payment, and in 2015 he earned EUR 8.8 million not distributed by his owner, Jorge Mendes, another reason that gave rise to doubts on the Portuguese tax authorities.

59 contracts and 1300 million euro were analyzed

Survey of the "super agent" focuses on the years 2015 and 2016 and on the markets and sales of players from the latter, who donated more than 1,300 million euros, according to the DSIFAE accounts. Spain (463 million), Portugal (308 million) and the United Kingdom (233 million) were the most lucrative markets for Mendes.

59 transfers, loans, contracts and renovations between 2014 and 2016, involving 36 players and two coaches: Nuno Espírito Santo and José Mourinho are still being investigated.

As for the clubs, the research team inspected 15 Europeans: Manchester United, Manchester City, Chelsea, Suwasi FC, Norwich and Woverhampton Wonders (UK). Real Madrid, Barcelona, ​​Atletico Madrid and Valencia (Spain). and Benfica, Porto and Braga (Portugal). In this context, Monaco's transport contracts to Manchester United are broken down to a maximum of € 80 million and Di Maria from United to Paris-Saint-Germain for € 63 million.

The survey of the Portuguese entrepreneur is supported by the European Commission, which approved it to participate in the Fiscalis 2020 program called "FMC / 261", which aims to "support the fight against tax evasion, tax evasion and aggressive tax planning" . It is expected to be completed on 30 June 2019.

In response Expresso, the agent began by intercepting the very existence of the questions asked: "They subdue prejudices or hints about my character, my seriousness or my political behavior: to that extent, they are biased and unfair, and I do not see them are placed on other entrepreneurs or public entities in Portugal who have made similar choices or who use similar organizational models. "

Regarding the doubt that all his tax duties are fulfilled, Mendes was categorical: "I am and always am a tax resident in Portugal, where I declare all my income, including those obtained abroad, and pay the corresponding taxes at source or with liquidation at the end of the year) ".

The entrepreneur added that he is not aware of an international inquiry into his business and admits that his companies have been "inspected and inspected regularly by the competent authorities", recalling that he has never been accused of anything.