The movie Matthew L. has been charged with persecution 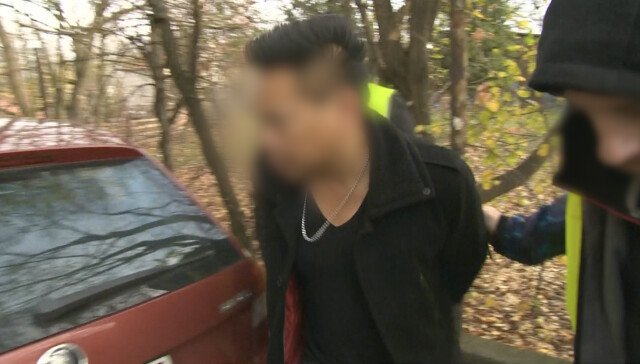 On Wednesday, the Prosecutor at Bydgoszcz filed a quarterly filing for Matthew L., who heard, among other things, the alleged violation of police immunity – said Agnieszka Adamska-Okońska, a prosecutor's agent.

– The prosecutor acknowledged that the circumstances of this event justify asking the court for such a preventive measure. The man explained this, but we do not provide detailed information about the ongoing procedures at this time, "said Agnieszka Adamska-Okońska, a representative of the Prosecutor's Office in Bydgoszcz.

The court will examine this request on Thursday before noon. A well-known player is a guest of the Camerimage Film Festival in Bydgoszcz.

– The prosecutor has filed two charges with this person. One concerns his behavior towards rescue physicians – constituting a violation of inviolability, causing injuries and insults. The inviolable and the injuries concern one of the rescuers and both offend them. The second complaint concerns the violation of police integrity and insults – said Adamska-Okońska. The suspect is questioned at the Bydgoszcz-Południe District Prosecutor's Office.

There may be up to three years of imprisonment for violating the inviolability of a civil servant serving it.

A row at one of Bydgoszcz hotels

A 50-year-old American businessman was detained on Tuesday. It's Matthew L. – an Oscar nominee for the "Black Swan."

– At five in the morning, we had a complaint about a row of rescue doctors at one of the hotels in Bydgoszcz, which was to be launched by a 50-year-old American citizen. The man fought with the rescuers and did not respond to the orders of the police. He had himself injured his face. His attack turned to the police officers, who were weakened and violated their physical integrity, police spokeswoman Monika Chlebicz told Bydgoszcz on Tuesday.

Later, the operator was transferred to the hospital due to his condition and then to the detention center.

On Wednesday, the prosecutor at Bydgoszcz filed a request for a three-month ban on Matthew L,
read more »

It has a length of 95 meters, a cannon of 76.2 mm caliber, four anti-aircraft rocket launchers and helicopter landing paddles. ORP …
read more »

The process of Pauli S., a 24-year-old resident of Szczecinek (Zachodniopomorskie), has begun, which last year, immediately after childbirth, …
read more »

In Gdansk, the name of Dąbrowszczaków Street will change to Lech Kaczyński – the Supreme Court ruled on Tuesday …
read more »

In the colonnade of stamps in Hel, great joy – all three adult station loads are pregnant. The father is probably Bubas -…
read more »

Tracking took place at the time of burning the car at Prawobrzeże in Szczecin, and the police released the recording, hoping that …
read more »

The officers held three men who might be linked to an organization with extreme nationalist views. After …
read more »

Play: European bison in the forest of Pomerania. "Now even the bears will not surprise us"

The rumors that the intelligent wandered in the forest area of ​​Choczewo (Pomorskie) appeared for several weeks. The Forest Guards in the First Thought …
read more »

Radimno. A 26-year-old man was arrested who tried to run over pedestrians. “Unknown motives”

Natalia Szroeder in a bikini. Such photos are rare for her. “And they say that there are no ideals …” – Celebrities – MAXXX News

Minimum wage. There is a draft regulation – Money.pl