"We should be dancing": – Martine Lunde from "We have to dance" the week before the final 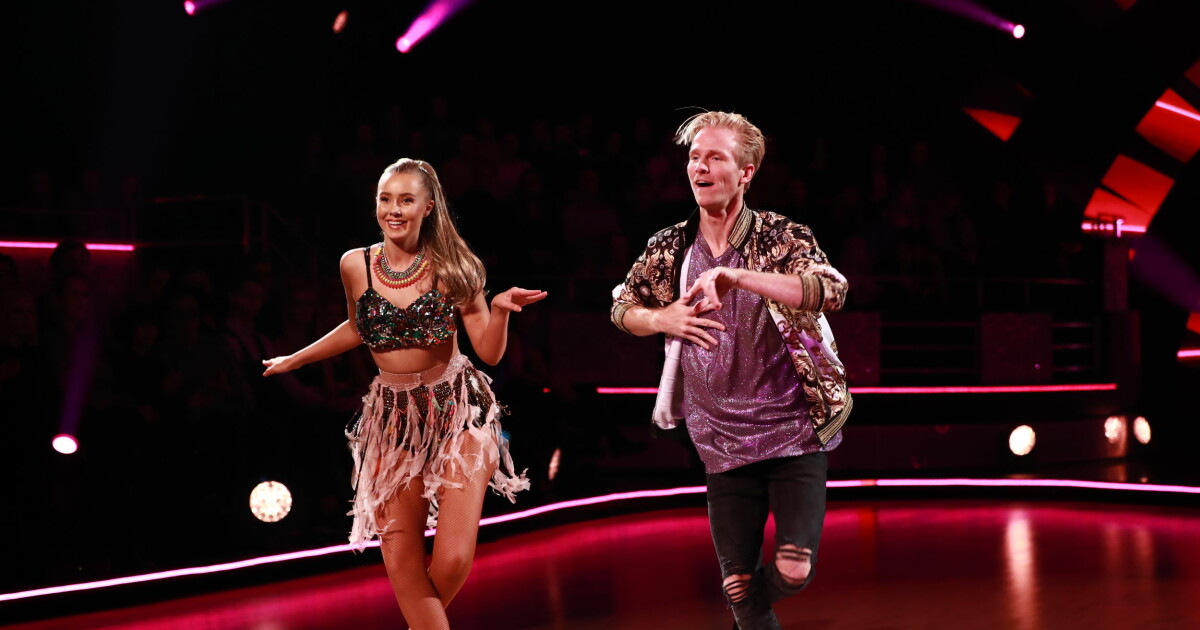 NYDALEN (Dagbladet): Tonight is the semi-final at "Shall we dance", where the three semi-finals danced today's most important dance of the competition.

The time for the home – Einar Nilsson (54), participant Martine Lunde (22) and former footballer and DJ Jan Gunnar Solli (37) dance the best of their program in the afternoon, each on the parquet floor.

In the end, Martine Lunde threw the smallest straw just a week before the big finale after finishing a dancing dance against Jan Gunnar Solli.

"I thought I was going to be more sad, but I'm so happy to be in third place. I never thought I should go that far," Lunde told Dagbladet with a smile after the mission.

It is not bitter

He adds that he is grateful for the experience and is not bitter about having voted home so close to the final.

"What I really regret is that I can not learn the dance of the show, but I think Jan Gunnar and Einar deserve the final seats so bad and I hate both of them," he says.

In recent months, Martine Lunde has drastically organized her life to participate in TV program 2. She does not conceal that there are some things she looks forward to taking the time left.

"It will be great to have time for friends and family again. I can not recall recently that I could really say yes to be with my friends, he admits.

The 22-year-old is sure to continue dancing in the future.

"Maybe I'm traveling to Stockholm and taking some private lessons at Fredric once," he says, adding that he believes the two dance partners will keep friendship.

Next week, Einar Nilsson, along with dancing companion Anette Stokke and Jan Gunnar Solli, together with dancer Rikke Lund, will fight to get to the top of the dance contest.

Last week was kick boxer Thea Næss voted at home, which became a sensitive affair for her.

"It's strange how it means when you work so hard for so many weeks and you're so close to the goal," he told Dagbladet after last Saturday's mission.

However, she pointed out that dancing has given her the flavor.

"I will definitely keep dancing and I hope that everybody in the house she has attended is infected with the dance we hope he shares so that more people can start dancing. I think it is good," said Næss.

Last week he surprised top blogger Sophie Elise Isachsen (23) when he chose to leave the competition shortly before sending. It was for psychic reasons.

"We have to dance" gave me the faith in myself in a way that is totally invaluable, because it gave me the conviction that I can feel good all the time. But then it requires you to thank and do it now. There is no dramatic reason, I'm not just fine, he told Isachsen to Dagbladet at that time.

Isachsen's decision was known only a few weeks after Aune Sand's choice to put the dance shoes on the shelf so that Amalie Snøløs could take his place in the competition.

It is undoubtedly an unpredictable and adventurous era of "Should We Dance" this autumn. Naked shock, shock exits and tears have been on TV on Saturday in recent weeks.

Some events have created titles, but most were former handball player and "Farmen Celebrity" profile, Frank Løke, who stood up when the audience was shocked to put the suitcase on the right without notice of production in advance.

This led to the removal of Løke from the program.

In tradition, TV 2 invites all former participants to the park when it's time for the final show.

Earlier today, the channel could temporarily confirm to Dagbladet that Frank Løke is the only participant of the year who has not been invited.

– Frank deliberately broke the production guidelines and broke the foundations for further cooperation. Therefore, it is not part of the final program, said Jan-Petter Dahl, PR and director of the media on television 2.

Unlike Dagbladet, Løke could say he would like to think of reuniting with his former colleagues "Should We Dance."

– TV 2 can decide who they invite for a party. It was fun to meet the other participants again. I had a good tone with most, but now I've done other plans for this weekend, he said.

It is the next Saturday, it will be known who will get from the goose win this year "Should We Dance".

So Aker is investing billions in many renewable horses – E24