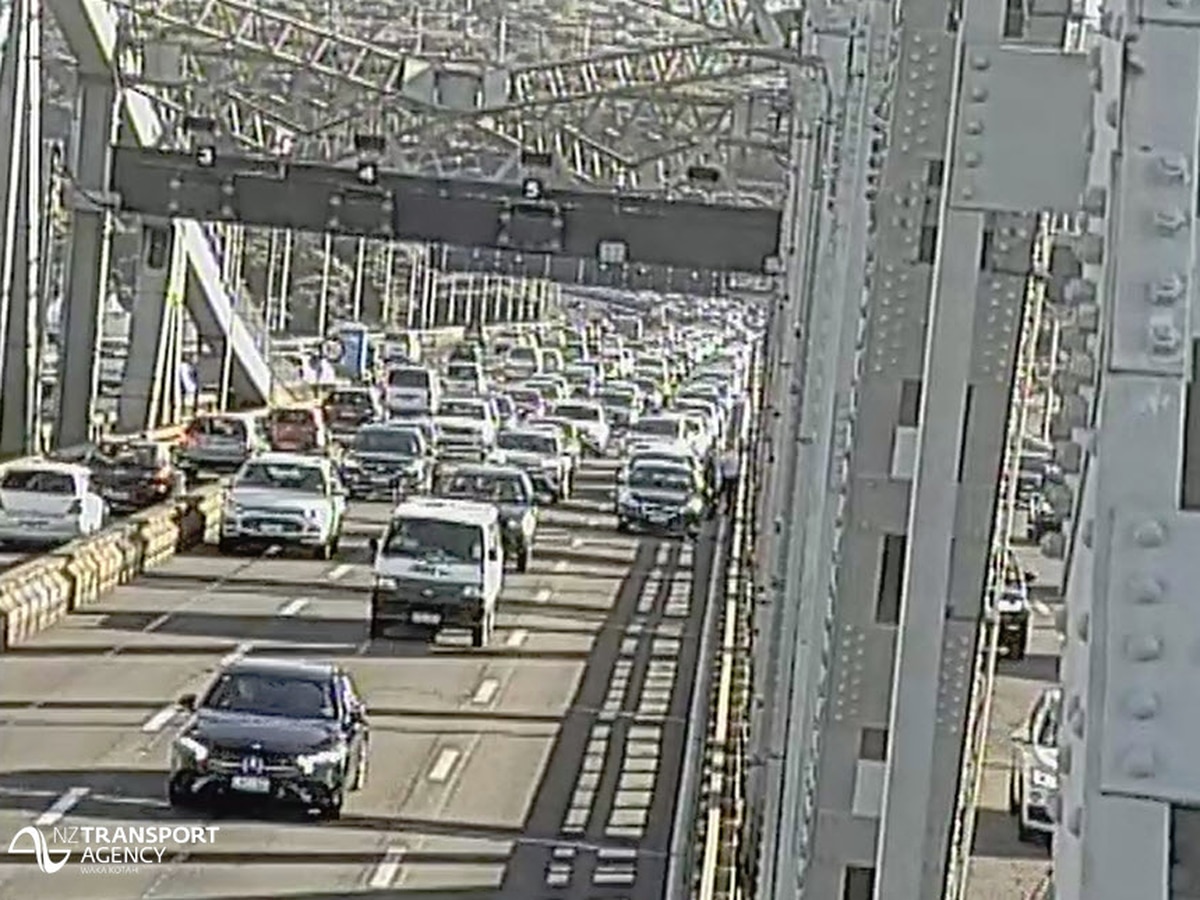 Motorists driven from Auckland City face long delays after a crash in the Port Bridge.

The NZTA announced the three-lane strip from the bridge, which was blocked after the incident, is now clear.

However, you expect 27-minute delays from Greenlane at the Auckland Port Bridge.

The release was backed by Ellerslie after the incident, which was first reported at 6:15 pm.

A partition that partly blocks the right-hand side of the North Motorway city also causes delays. The traffic is heavy between Northcote Rd and the Port Bridge.

The Northwestern Motorway is heavy between Rosebank Rd and Lincoln Rd, in the opposite direction there is a queue for Northern Link.