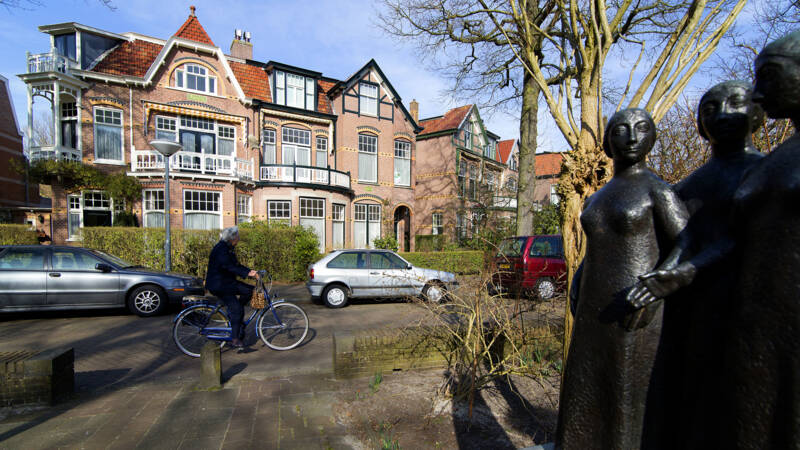 A proposal by the CDA team at Oegstgeest regarding a reception site for regime holders has led to so much outrage in recent days that the municipality of South Holland and the local CDA issued an official response today. The issue revolves around a “walking route” of residents from the reception area to a nearby shopping street.

First back on Thursday afternoon: the Oegstgeest town council then approved the arrival of 175 status holders and 75 “emergency applicants” in an empty building behind town hall. Emergency applicants are people who urgently need housing.

The CDA set certain conditions. For example, “movements of regime holders and emergency seekers” through the region should be avoided as much as possible, party leader Eibertjan van Blitterswijk told a council meeting. This could be done by concluding agreements on the route to the nearby shopping street, according to the CDA.

This shopping area is easily accessible from the front desk via Wilheminapark, where there are many villa residences. However, according to the CDA, “a clear path” to the trade route is different, according to a party proposal. Residents should be advised to follow this alternative route, which is slightly longer.

This proposal immediately led to great criticism. Hart voor Oegstgeest party chairman Karin Rosdorff told the council that it felt like “a bus where white people can sit in the front and people in the back can be black”, a reference to apartheid. “Will we really make a special mark for target groups coming to live there?”

CDA leader Van Blitterswijk opposed it. Earlier in the meeting, he had already said that his proposal tries to take into account the concerns of the residents of the area. According to him, they are afraid that the reception site will lead to many additional moves in their neighborhood.

Concerns of the residents of the area

The issue has also sparked outrage outside the city council, including ChristenUnie party leaders Gert-Jan Segers and Sylvana Simons van Bij1, who have been asking parliamentary questions about it.

But, according to Van Blitterswijk, the case has been removed from the box. “I find it painful and it hurts that history has taken its course,” he told Omroep West today. “We are trying to give a good conscience to people who need a roof over their heads. This requires support and so we want to take the concerns of the people in the area seriously at the same time.”

A statement issued today by the CDA Oegstgeest said the party was “taking serious offenses” in the “discriminatory associations it invokes”.

According to party chairman Van Blitterswijk, there is no ban on license holders walking through a particular neighborhood. “It is up to alderman, in consultation with the Central Office for the Reception of Asylum Seekers (COA), to see how the neighborhood can be taken into account,” said Omroep West. “The consultant promised. This now stands out, while the framework is not being considered.”

The municipality of Oegstgeest also stressed today in a brief reply that there is no question of banning a specific hiking route. According to the municipality, the committee has stated that it is “good practice for the COA to guide its residents in this”.

In response, the COA states that it cannot and does not want to force residents to follow a specific route. “What the COA does at sites is to suggest hiking or cycling routes for its residents, for example, to the center or to school children. This is usually the shortest and / or safest route. In discussions between the municipality of Oegstgeest and “COA. This has been agreed and what will be further elaborated in the near future.”