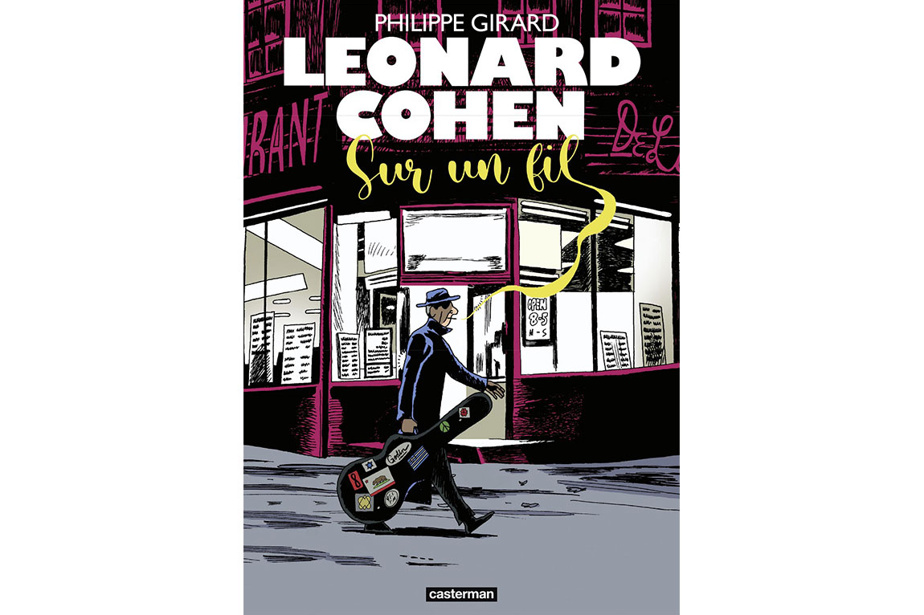 Posner plans to dedicate about 2,000 pages divided into three volumes (only the first has appeared) to tell the story of the Montreal poet. This work highlights Philippe Girard’s challenge: to say the same life in less than 120 pages. No matter how much you say that a picture is worth a thousand words, it is not a small achievement.

We find Cohen in his bed, who remembers his incredible journey from Westmount to the scenes of the world. Girard shows a young man marked by the loss of his father, but looking forward to leaving the family business: writer or poet. Otherwise, he will make songs.

Girard’s account moves forward, as if in a hurry to show things instead of moving on. Thus, his album looks like a series of jokes and meetings, the importance of which is not always emphasized. He naturally deals with Suzanne and Marianne who inspired the songs we know, but he also insists on many other achievements of the poet, mentioning the most famous ones.

Girard walks a thread: to challenge Cohen’s wonderful – but sawmill – career while wanting to show the man behind the legend. However, it remains on the surface of its object. His visual, realistic approach does not open back doors that could have given greater access to the poet’s imagination. In short, this story lacks poetry.