In the morning – "Burnout" in a contest in Brussels 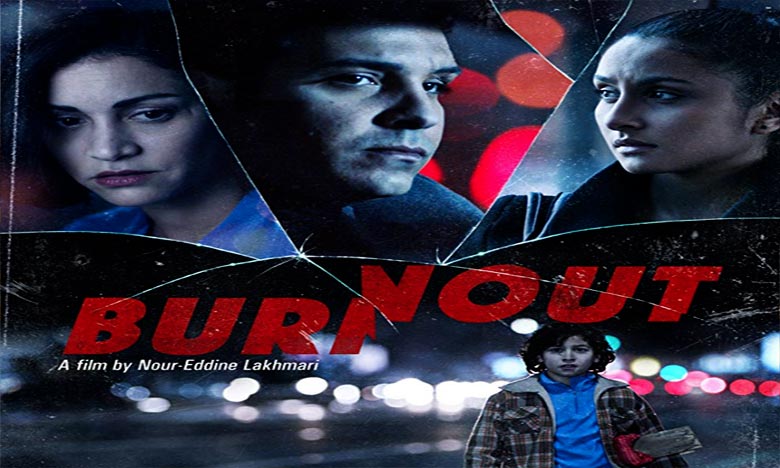 The "Burnout" tells the story of the interconnected groups of people from completely opposite backgrounds in the same big city, in this case the metropolis of Morocco. Ph: DR

Moroccan film "Burnout" by director Noureddine Lakhmari was screened on Monday night as part of the official FIFB competition.

It is also the Belgian premiere of this work, competing with five other feature-length films in the international competition of this fourth edition of FIFB held until 23 November in the European capital.

The film, which closes with the hope of the singer of the famous film noir, signed Noureddine Lakhmari in the city of Casablanca (after Casanégra and Zero), was presented to an international jury, including the actor and musician Younès Megri, formerly awarded in this film.

"Burnout" tells the story of the interdependent peoples of completely opposite oppositions in the same big city, in this case the Moroccan diocese: Ayoub, aged 13, acts as a shiny shoe to buy an intention on his single-parent mother. Jad, 40, is married to Ines in a marriage without love. Aida, a 25-year-old medical student, leads to a double life.

As a member of the jury, Younès Megri was excited to see the Moroccan film be represented again with a "talented director" in the official competition of the Brussels International Film Festival where he had already won the Best Actor Award in his role in "The Orchestra the Blind "by Muhammad Muftachir.

In a statement in the MAP, he was honored to return as the "only man" of a women's jury, along with Rie Rasmussen (chairman), Lou Gala, Maya Coline, Marijke Pinoy, Anne Serra and Johanna Bros.

In order to decide between the films in competition, Younès Megri admits that "he has no real criterion". What is important to him is first of all the "passion and sentiment" found in the works. It is also the concern that leads him to his own artistic work harmoniously combining music and cinema.

"For me, music, cinema, culture have the same place, it's art, and when you work passionately you can touch everything," insisted the actress and musician who is currently working on the music of Mohamed Mouftakir's future films and Mohamed Nadif and many other works.

Prior to "Burnout," the Belgian audience already had the chance to discover the film "Zero" last February, the previous part of the Noureddine Lakhmari trilogy began with Casanegra (2008) at the Moussem Cities Festival in Brussels put the city of Casablanca in the spotlight for a month through various cultural and artistic activities

Lachmari then said that he belongs to a generation of filmmakers who want to say in Morocco, as it is, far from the cliches found in western productions, representing Casablanca as "micro-Morocco, a representative of that country that is moving forward and its dynamics youth who loves life.

Born at Safi in 1964, Noureddine Lakhmari, currently living in Casablanca, left Oslo in Norway in the mid-1980s where he began his film career by filming his first short films. They won him at the entrance of the Academy of Cinema Oslo and many of them were awarded.

Overall, the selection of this edition of FIFB includes 12 films in an international competition (6 long and 6 shorts), 3 documentary competitions, focus on Kuwait and on the day of the child, a long and a film dedicated to the younger presence of the actor Matteo Salamone (or Sullivan Versavel in "My Ket" by François Damiens).

The documentary contest, chaired by Jérôme Le Maire, detached from Myrna Nampan and Yolkaku, will be the focus of the Festival.

This event in Brussels will also offer a range of parallel activities related to the 7th art: Working Cinema Day, the first exhibition devoted to cinematographic professions, and the Media Day, which will give the floor among others , the women of the jury who will witness their experience in the world of cinema.

Like every year, it is a tribute to a celebrity who has spotted cinema.

For this 4th edition, the Festival will honor Vittorio Storaro, a cinematic film masters widely recognized for his work in many classic films such as "The Conformist", "Apocalypse Now" and "The Last Emperor."

Coronavirus: first dose of 85% effective vaccine after 2 to 4 weeks, according to study