The court denies imprisonment, reduces the fine against the designer over Najib cartography 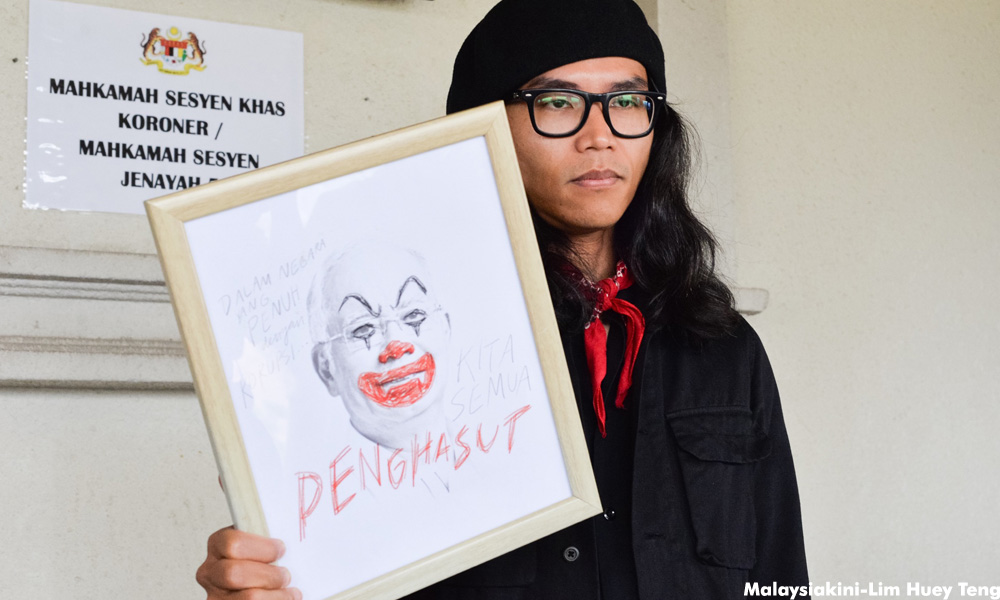 According Bernama, judge Judge Mohd Radzi Harun also reduced the initial fine of RM30,000 imposed on Fahmi, to 10,000 RM or in default, in a month.

In taking the decision, Radzi said the court was satisfied that the prosecution had managed to ascertain the facts as provided by section 233 (1) (a) of the Communications and Multimedia Act (CMA) 1998 without any reasonable doubt , Fahmi's conviction by the Sessions court in February will remain.

However, the court also took note of the government's statements on the proposed amendments to the Communications and Multimedia Act, including Section 233, to remove elements of draconian nature, he added.

"I am revoking the one-month prison sentence and the 30,000 RM fine imposed by the court of the sessions and replacing the fine with 10,000 RM or, in default, one month's imprisonment," Radzi said.

"Use talent to benefit society

"I personally would like to encourage you to continue your work. I believe you have a good talent that can be used for noble purposes for the good of the people and the country.

"Do not forget that the first to be criticized is we ourselves, and in doing so do not forget our lessons as Malay," Ranji said.

He then urged the remaining 20,000 RM remaining from the initial fine to be returned to Fahmi so the latter would use it to buy painting equipment to teach children, the disabled and the orphans.

Fahmi was accused last June, in accordance with CMA Article 233 (1) (a), of postponing caricature, depicting Nazibi as a clown, along with the Malaysian Communications and Multimedia Committee (MCMC) logo.

She had previously challenged CMA's constitutionally in her attempt to abolish the charge against her.

The prosecution was conducted today by the MCMC Prosecutor, Mohd Sophian Zakaria, while Fahmi was represented by lawyer Syahredzan Johan.