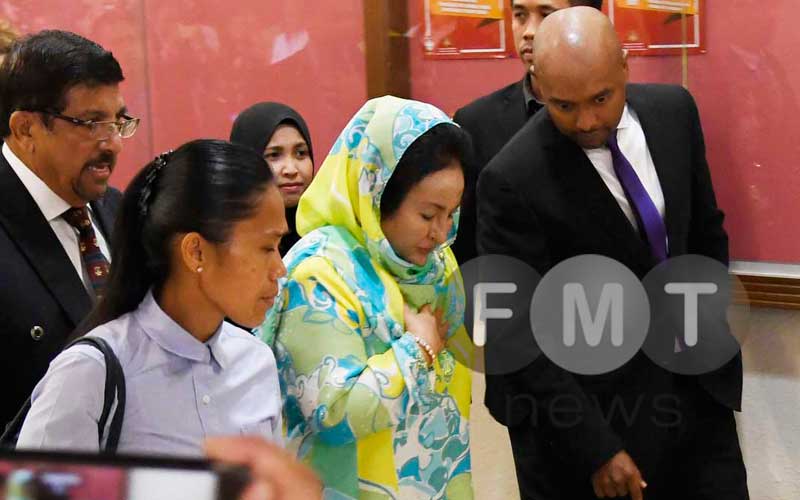 KUALA LUMPUR: Rosmah Mansor, wife of former Prime Minister Najib Razak, was charged with her former assistant today with a bribe in connection with the RM1.25 billion solar hybrid project for agricultural schools in Sarawak.

The amount amounted to 15% of the contract value and was considered as an incentive to help the company acquire the project through direct negotiation by the Ministry of Education.

Rosmah was also accused of receiving RM1.5 million bribes from Saidi to help him get the contract. The offense allegedly was committed on 7 September last year in his private residence in Taman Duta here.

Both offenses fall under Article 16 (a) (A) of the Malaysian Anti-Malaysian Corruption Act (MACC).

If found guilty, it could be imprisoned for up to 20 years and a fine of no less than five times the satisfaction value for each category.

The court authorized a $ 1 million guarantee. Rosmah Geethan attorney Ram Vincent asked to be allowed to pay the guarantee in installments within 10 days.

The judge ordered Rosmah to pay today RM500,000 and the rest within seven days.

The solar project has been challenged when the Sarawak Report complaint website declared in June that Najib had commissioned the contract to Jepak Holdings, a transport company based in Bintulu.

Jepak Holdings was appointed at the end of 2016 to supply diesel and repair the generators and to provide solar hybrid systems for 369 rural schools in Sarawak.

To date, none of the schools have these systems.

Former counselor Rosmah Rizal Mansor, 44, was charged in a separate meeting room before District Judge Rozina Ayob in connection with the same plan.

He was charged with two charges and another two counts for Saidi's bribery offenses committed at a cafe in the Sunway Putra Mall.

These include attracting RM187.5 million on behalf of Rosmah between March and April 2016 and RM 25 million from Saidi for itself as a prompting to ensure that Rosmah will help Jepak Holdings secure the project.

Rizal was also charged with two measurements to obtain a total of 5.5 million RM from Saidi in December 2016 as a reward for Rosmah helping the company secure the project.

Rizal was arrested by MACC in July.

MACC began investigating a billion dollars in April, one month before the general election.

Gymnastics: Fara sheds tears of joy after the completion of the dream of the Olympic Games