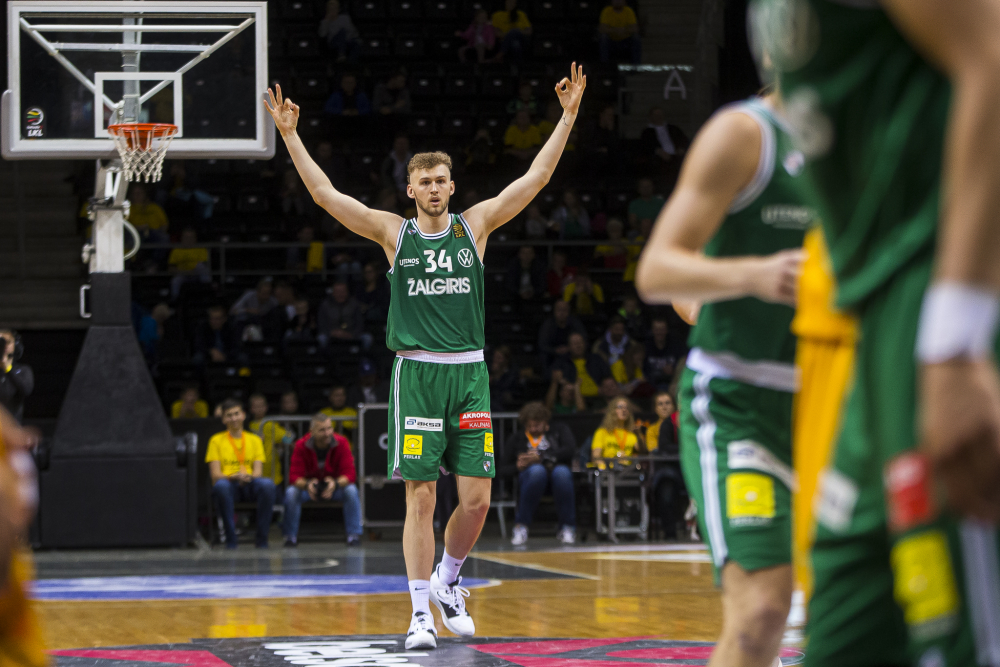 Jock Landale took less than a minute to earn his first Grunwald points. He was lifted off the bench in the middle of the first half in Šiauliai, after 50 seconds, received a quick attack from Alex Perez and was charged overhead.

The Australian pushed his right fist as if congratulating himself on the first points in Lithuania.

"Just getting rid of the excitement," Landale said of a punch punch after posting on BasketNews.lt. – These are the feelings I want to show, I like to play that way. I often do it without thinking it's just happening. "

Fans of Zalgiris will see such feelings more than once in the coming season. Just like a tall 211cm basketball player rushing for a quick attack.

In Siaulaii on Sunday, Landale completed two quick attacks as he demonstrated his ability to break the basket from the 3-pointer and end the attack from afar when his crazy 3-pointer fell to the basket, initially bouncing high of.

Landale was in Lithuania only for the sixth day, coming here directly from the World Cup in China. He recently joined the training and, according to trainer Šarūnas Jasikevičius, had only 2-3 training sessions, so the general did not want to talk much about him yet.

"But there is very good commitment, very good communication, voluntarily receiving information," Jasikevicius did not regret the congratulations.

These congratulations are mutual. Far from knowing all the combinations, Landale says he feels great support from his teammates.

"The coach really helps me adjust, and my teammates try really hard. I still don't really know the combinations and they keep talking to me, asking to know if I understand one thing or another. Even when I don't understand something, it seems like I understand because I try so hard for me.

It wasn't really that hard to get into. I lost my defender many times tonight and made some mistakes in the attack, but I think when the time comes I will understand, "Landale said.

After a duel on Instagram, the Australian posted several photos of the fight and wrote under them: "Same green, different team. It's good to have a first win with these guys."

It started with Zalgiris winning just a week after finishing in a world championship that was less than happy. Wearing other green shirts for the Australian team, Landale remained on the winning medal and survived the defeat with the entire team.

Without speaking to reporters in China, Landale acknowledged in Lithuania that it was still difficult to forget.

"It's still gel," Landale said. – I don't want to talk too much about this, but we will only have more funds for the future. I'm with these guys now and it would be disrespectful to think too much about this. I'm just trying to get away as much as I can. "

Aggressive cancer that can show on its own: doctors say who was at risk and advised what to look for