News 24 The presence of a legendary crowd in the role of the 32 Arab League .. Know the number 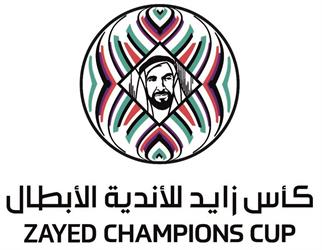 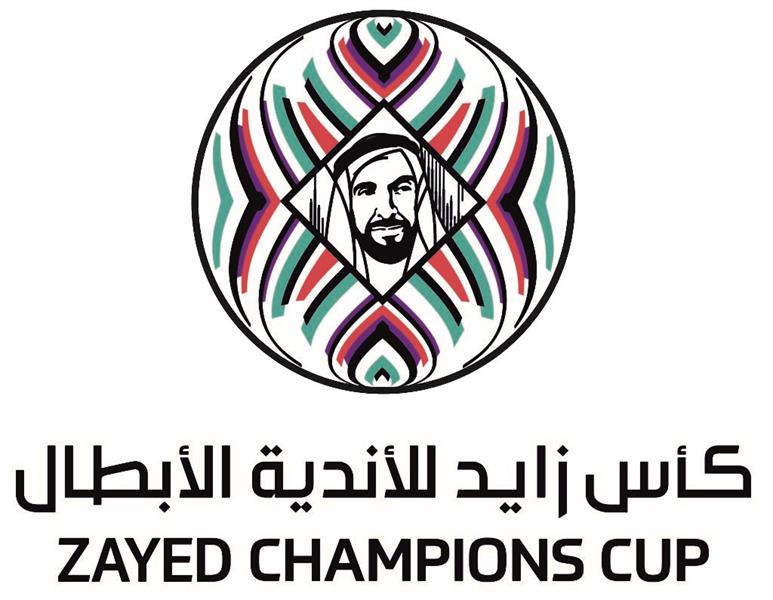 The Arab Football Association has revealed the number of public appearances for the Arab League, especially in the role of 32.

The official soccer record of the Arab Football Federation has published on Twitter the numbers of crowd attendance in all matches of the 32nd Arab League match as follows:

A total of 34240 spectators watched the match between Al Ittihad and Al Wasl, while 30,000 fans attended the Wydad Casablanca Moroccan race and Tripoli's Ashley Tripoli Club.

The match between Al-Ahly and the Lebanese star was attended by 28,000 spectators, while 20,000 spectators participated in the Raja Casablanca Morocco and Al-Salam Zagharta Lebanese Club.

The match of Morocco Wydad and Tripoli's Tripoli team in Tripoli was 9,000 spectators, bringing the total number in 32 rounds to 285,363. 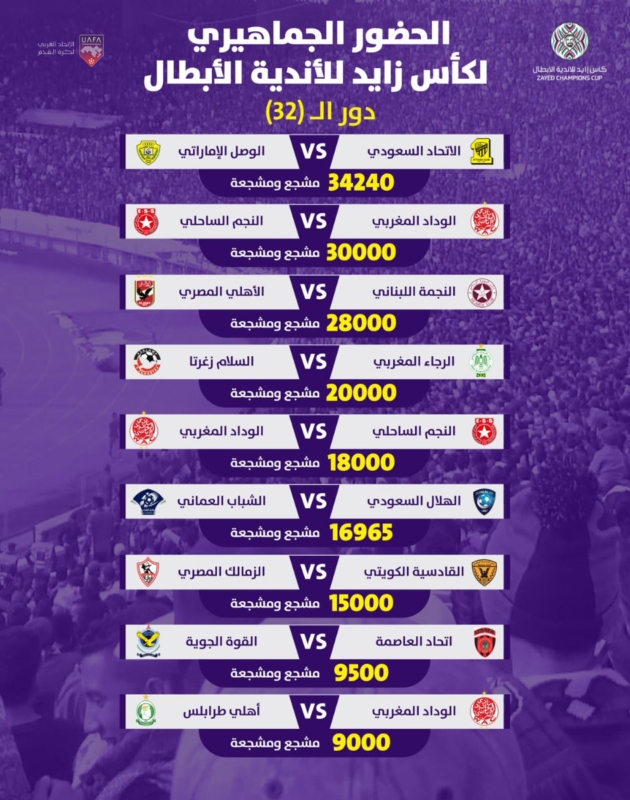 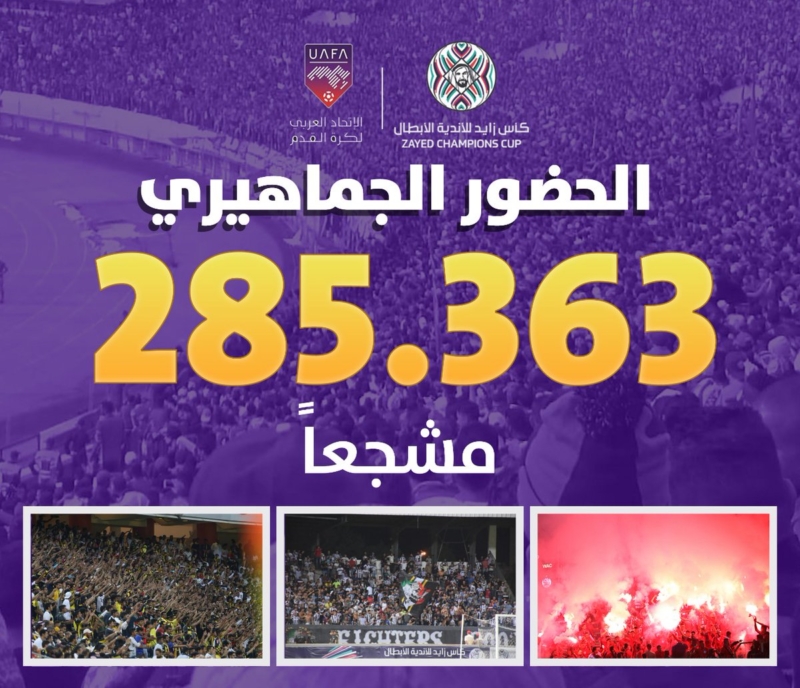 Get ready for depression … torrential rains and snowfall at this altitude!

“Bayern” hardens “Lazio” and sets foot in the quarterfinals “Champions”

The “Galaxy A32 4G” specifications are revealed before the official announcement