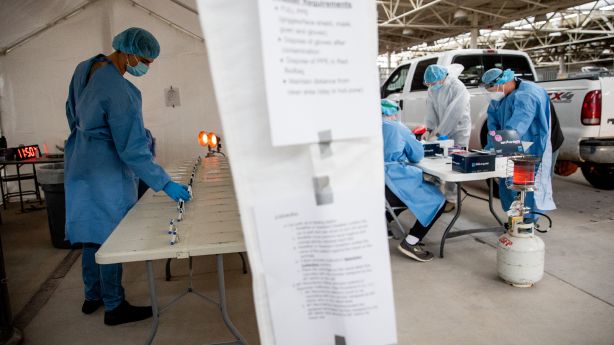 Salt Lake City – Utah Covid-19 On Friday, the death toll rose to 651, with another 17 deaths reported by the Utah Department of Health.

Eight of those deaths occurred before February 5, but are still being investigated by the state medical examination, according to the Ministry of Health.

The Department of Health now estimates that there are 17,979 active cases in Utah. According to the Ministry of Health, another 22,092 doses of the vaccine were administered by Friday.

According to the Ministry of Health, the average number of positive cases evaluated seven days a day is now 694. The percentage of daily positive tests for the relevant time period reported by the People More Than People method is now 12.3%. The average positive index of seven days per day, calculated by the test method, is now 5.6%.

National figures show that there are now 231 COVID-19 patients in Utah Hospital, 94 of whom are in intensive care. About 73% of ICU beds were filled in Utah on Friday, including about 77% of ICU beds at 16 dispatch hospitals. About 53% of non-META hospital beds occupy on Friday

The 17 deaths reported on Friday are:

More stories that may interest you