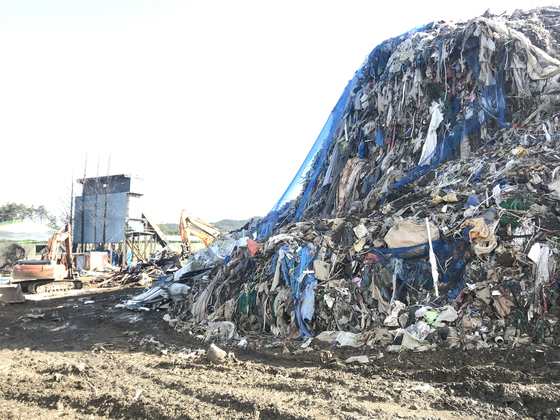 The former appearance of “Uiseong Garbage Mountain”. An image taken from the sky. [경북 의성군]

The size of the so-called “Uiseong Garbage Mountain”, which has been humiliated by the international community, has been found to exceed the initial estimate. When I took out the garbage, it was a mountain with about 200,000 tons of garbage, not the projected 192,000 tons.

A Uiseong-gun official, Gyeongsangbuk-do, said on the 21st, “The size of the rubbish that was a mountain of rubbish through the survey was estimated at 192,000 tons and the rubbish was removed on that basis. I have confirmed that more remains.”

The site where Mount Washington Garbage was located. [경북 의성군]

The rubbish mountain is full of plastic, styrofoam, electric cables, vinyl and scrap metal. As of June 2019, Uiseong-gun began cleaning up the rubbish heap at a cost of 28 billion won, including government spending, as an administrative service. The goal was to completely clean up this month. However, with the most unexpected waste coming out, the cost of disposal is probably much higher than expected. 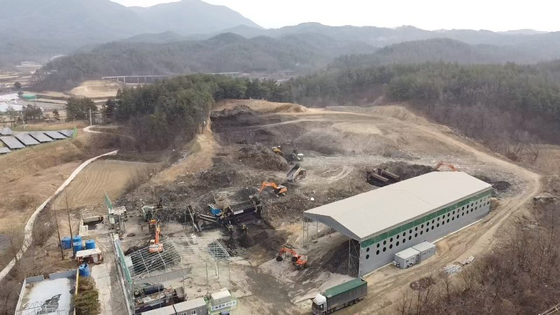 The site where Mount Washington Garbage was located. [경북 의성군]

Garbagesan in a rural village in Danmil-myeon, Uiseong-gun, was reported by CNN in March 2019. The CNN report team reported the absurd scene in which a mountain formed in the form of a tower full of rubbish, like waste on the side of the village. At that time, there were places where the height of the garbage pile was over 15 meters.

According to Uiseong-gun, these piles of waste were neglected by the owners of Company A, which ran a waste disposal company. From June 2016 to July 2018, they transported 90 times the amount of waste (2157 tonnes) that had been approved several times across the country, including Seoul, Gyeonggi, Gyeongbok and Changnam, to the site and left it without monitoring.

When the owners and others made the mountain of rubbish without countermeasures, the army took several administrative measures. Waste disposal orders and prosecutions followed and fines, fines and fines followed. It even revoked the temporary recycling permit for the operation of the workplace. However, even after the license was revoked, the waste remained. Each time, the company expressed dissatisfaction with the mood and filed a lawsuit and suspended execution, Uiseong-gun explained.

Over time, the odors vibrated from the garbage that accumulated in the 40,000㎡ space. There were times when the pressure from the accumulation of garbage caused a fire and did not go out for days. There is a Nakdong River near the business area and there is concern about environmental pollution. 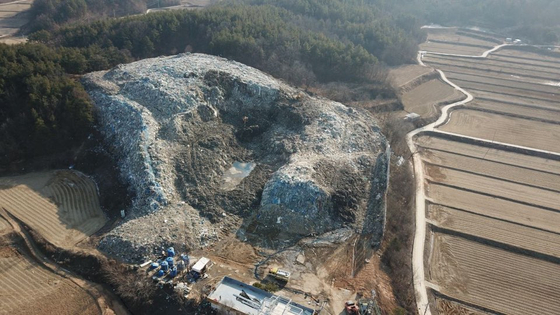 Eventually, Uiseong-gun, with the help of the Ministry of the Environment, began cleaning up the rubbish by performing an administrative service, and the prosecution’s investigation continued. At that time, when the garbage pile was neglected, the business owner and others were dealt with by law.

Currently, the website of this factory is owned by the owner of another company. The company is reportedly in a separate lawsuit against the military, deploring Uiseong-gun’s claim for compensation for administrative performance and waste disposal costs.

Uiseong-gun plans to set up an “Eco Green Experience Center” by purchasing the site itself as much as possible when the rubbish mountain is cleared. It is planned to be used as part of a course to prevent the creation of the 2nd and 3rd mountain garbage.

The geniuses who made the magazine table-scientific periods