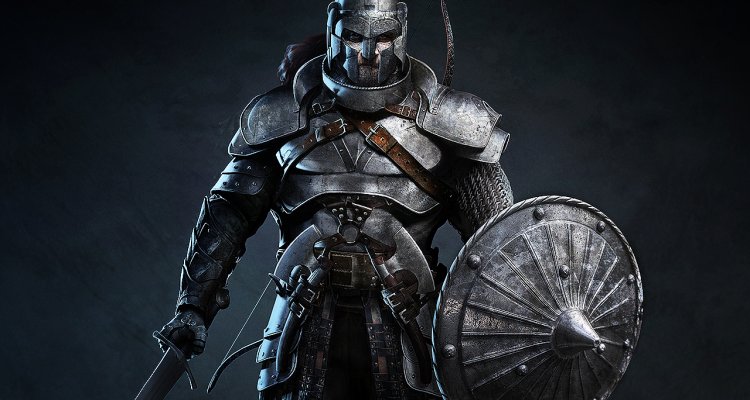 The review of Solasta: Crown of the Magister, an old school RPG that bases its charm on a deep and flexible system.

The genre of electronic RPG was born with a very specific purpose: to reproduce on the screen the beauty and fun of the role played around a table with a group of friends. Not for nothing, the first big series, like Ultima or Wizardry, just to name a few of the many possible names, were developed by people who loved the pen and paper experience. There is no doubt that most of the early RPGs had very strong references to rule systems such as the Dungeons & Dragons, as well as to the atmosphere of classic literary genres such as The Lord of the Rings, Conan, or the founding of Isaac Asimov.

Not only that: the packages themselves contained preparatory material for the game, with manuals sometimes spanning hundreds of pages. On top of that was information that was often vital to the adventure.

Today such a solution, sometimes dictated by the limited space available in the game files, may seem blasphemous, but at that time those who played the role thought of reading the manuals part of the experience and did not complain too much. In the Solasta Review: Master’s Crown, you will find that this game has that taste, so it seems willing to suggest a game that we do not hesitate to define “classical“

The son of a successful crowdfunding campaign, Solasta: Crown of the Magister is the result of the work of Tactical Adventures, a studio founded by former Amplitude Studio Mathieu Girard. The goal of the game, based faithfully on its fifth version Dungeon and dragons, not to collide with Baldur Gate III by Larian Studios or the Pillars of Eternity by Obsidian Entertainment, although they belong to the same vein, but to offer an even more radical alternative to it, showing the shots of dice and providing state-of-the-art dungeon master tools so everyone can create their own adventures.

Solasta itself is very similar to Divinity: Original Sin, at least in general: the projection is third-person from above, despite the fact that the game world is entirely in 3D. You can move by clicking the mouse and, depending on the selected character, you can perform different actions with interactive objects.

At the beginning of Solasta you have to create a party. If you want, you can choose four of the six characters that have already been created, but this way you will lose the best author built-in, which allows you to select classes, roots and freely distribute available points between different skills and characteristics. As you go up, the subcategories will be unlocked, which differ depending on the selected class. you will gain access to advanced skills. more spells can be recorded and so on.

The bottom line is that it has reached its maximum level, the tenth, the party Acquisition can be very different from the original, in terms of skills and specializations, to pave the way for many unique solutions in terms of the game. The choice is entirely in the hands of the player. The only downside to the editor is the lack of customization options. Surely Solasta does not aim to impress visually, as we will see in the section dedicated to the technical part, but something more could be done on the front of the variety.

After the pregnancy party it is time to coaching school: the adventure begins in a tavern, where our heroes, who do not know each other until then, tell about the adversity they faced to get to the place where they were invited by a mysterious lord, who has a job to do trust. The stories of the four correspond to many sequences of games, very simple, which depict their unique features and how to use them to the fullest. Here we discover how the selected class not only affects the prices in battle, as is the case in most of the most modern RPGs, but allows different interactions with the environment and the other characters.

For example, a thief has all the tools to move secretly and not be seen by enemies, so that he can hit them from behind and a warrior can use his power not only to fight, but also to make huge jumps with which must reach far or hidden platforms. What becomes clear after a few hours of immersion in the adventure is that the developers have worked hard game system, trying to improve each class and, as already mentioned, creating a complex progress, but which at the same time guarantees the uniqueness of each place. The key word is flexibility and on its altar every sacrifice seems valid.

At a certain point in the main campaign you have the opportunity to freely explore the available places, dealing with situations that need to be understood before being addressed. Does a group of enemies seem too strong for our party?

Maybe it’s … better to come back when we go up a bit or have better equipment. A puzzle does not seem to be solvable because we are missing a specific object? It’s probably somewhere else, so it doesn’t make sense to waste a lot of time on it.

The player, who lives with a lot of space, is subject to constant choices, not necessarily vital, with personal initiatives that are often rewarded. Note that we finally have a game where lenses make sense! Instead of being simple traps like in many other digital RPGs, they play a vital role here because shooting in the dark is not really recommended. There are enemies who use the dark to attack the party and make meat for slaughter. The chances of a response are there, but the initial downside often involves a clear defeat or victory so small that if you do not have the fire to rest and regain your strength, it becomes almost counterproductive.

The same ambition is also found battle system, strictly based on order, in which the individual ranks are valued for what they are, leading the player to capture the battlefield not as a simple chessboard, but as a whole. Let’s say that when at the beginning of a match, you are tempted to look around to find out if there is anything you might find useful (a hidden place for secret characters, an elevated position for the wizard, and so on), then you are faced with an excellent game system, which respects you and allows you to better express your style of play. The model that Tactical Adventure followed seems to be Firaxis’ Xira model, from which some basic principles are also identified, but with the necessary differences. In addition to the function of the turns, based on the consumption of two action points (one for movement and the other for attacks) in the order you prefer, many battles offer different levels of depth, so much so that they are often deadly not for the power of enemies, but due to some programming error on our part.

In Solasta to win, you must take into account all the factors of the field: the strength of the opponent, the position of the units, the height of the battlefield, the presence of barracks (into which enemies can be pushed) or objects of opportunity (the throwing a boulder at an enemy’s head is often better than dealing it directly) and so on.

Underestimating these aspects leads to the sudden slaughter of the party in more than one case, also taking into account the luck factor that gives the roll of the dice. In general, therefore, the battle system is excellent. The only nuggets, if we want to look at them this way, are the occasional collisions, very mild and placed only as fillers, and the variety of enemies, are not exactly stellar. These are small things, but it is fair to mention them.

Unfortunately, Solasta also has older children problems. What definitely stands out is the lack of style: we are faced with an extremely general imagination, with totally bad graphics, both for the details of the settings, as well as for the character models and their animations. Nevertheless, Solasta’s main problem is certainly not to offend the eyes, but how the narrative was handled. Creating such an open and versatile gaming system does not mean taking care of it history he said, as well as about the history of the game matches. By the way, the characters that are not players are often, in fact almost always, in short, while the documents that are here and there are struggling to chase or at least be interesting. The searches themselves are introduced in a few words, almost as if they are annoying.

Is it possible for farmers, nobles, guild members or anyone for them to have difficulty talking to poor adventurers who have to save their lives? This lack of narration, let’s say this, reflects a lot on the main campaign, which at times seems to have been conceived more as a gaming system stress test than as a beautiful adventure for players to experience. We walk to kill enemies following missions that do not interest us, because no one has taken care to give them a minimum of depth. We determine that we did not expect Tolstoy, but here we are right on the budding teacher’s minimum wage.

Solasta: Crown of the Magister is the perfect game for fans of Dungeons & Dragons and classic RPGs. If you like the idea of ​​creating a party and organizing it the way you want, maybe while facing the dangers of a fantasy world full of places you can visit and creatures to eat, then this is really the right game for you. Too bad only for the lack of narration of the main campaign, which is limited to the canvas proposal on which game situations and events can be pasted. Very bad also for the technical side, not at the top, both from a purely graphic and stylistic point of view. You will need a Solasta 2 to repair these defects.