22 arrests. They were the heads of Tufello 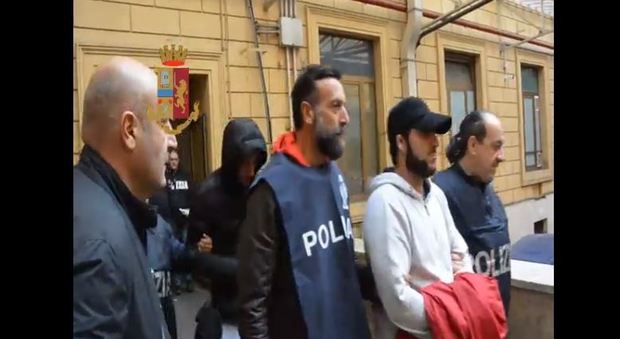 The police in Rome disbanded an organization dedicated to drug trafficking and trafficking, militarily organized and capable of finding large quantities of narcotics for drugs, with the aggravating circumstance being an "armed criminal consortium". An extensive drug squad of the Mobile Squad and the Fidene-Serpentara Police Station is underway with the coordination of the Rome Regional Anti-Roma Directorate. twenty-two restrictive measures issued by the investigator that the police are also carrying out many investigations. As it was rebuilt, the agency operated in the Tufello area, on the outskirts of the capital, particularly between Via Tonale, Via Monte Petrella, Via Monte Crocco and Via Monte Epomeo.

READ ALSO Threats for the guards: "Now you can only enter in the neighborhood with the tanks"

The criminal group also had many weapons at its disposal. Five weapons, a gun and numerous ammunition were seized in the business. The seized weapons, all the stolen elements, were hidden in a well. Experienced, they were not used for other crimes but one of the pistols was shot in the barrel. "Arms possession means getting more respected," explains director of the Rome Squad for Drugs, Mariangela Sciancalepore. Today's business struck, the director added, "a family known at the level of organized crime in Rome: Spring, living in San Basilio." "The son had made this store square – he says – using aggressive methods, even at the expense of the pusher who worked for him." He sent a card to one of them. from the market patrol the square. "

The sales square was located between Via Tonale's houses, Monte Petrella, Monte Crocco and Monte Epomeo. The use of observatories, located in the neural centers of the quadrilateral, allowed them to see the sudden arrival of the police and then warn the promoter of the duty, allowing him to get rid of the drug and escape to the concierge's yards. The team also carried out a real patrol on the streets bordering on the mall, aiming at the proactive identification of police forces and also exercising shifts at night, thus ensuring continuity of drug marketing throughout the day. until late in the morning. The sales block had an economic profit of 4 thousand euros per day. At the top of the tournament were Christian Primavera, 25, Fabio Guida, 34, Andrea Giuliani, 24 years old. The three were able to supervise each phase of criminal activity, from the discovery of various types of drugs, to distribution among members for the next sale, continuously ensuring the functionality of the entire organization. Christian Primavera is the youngest son of Guerino and his brother Daniele and Fabrizio Primavera, all members of the homonymous family, considered to be "a dangerous criminal conspiracy operating in the San Basilio area."

After a brief period of inactivity, Primavera was arrested by Roma Mobile Squad in 2015 for drug trafficking and trafficking in prison, where Christian Primavera was investigated in a state of freedom. Among the recipients is also a lawyer of the Rome Court, under house arrest. The lawyer, who was scornful of the criminal and ethical rules, at the express request of the head Christian Primavera, gave evidence to the agency of the place where the drug was hidden that was not found by the police to arrest the client of Stephen Antonin .

the vegan sandwich for girls

how does an extra refund of 150 euros work

Apple would spend only 313 euros for its production – Nerd4.life

That’s why the disorder is bad for the brain – Corriere.it