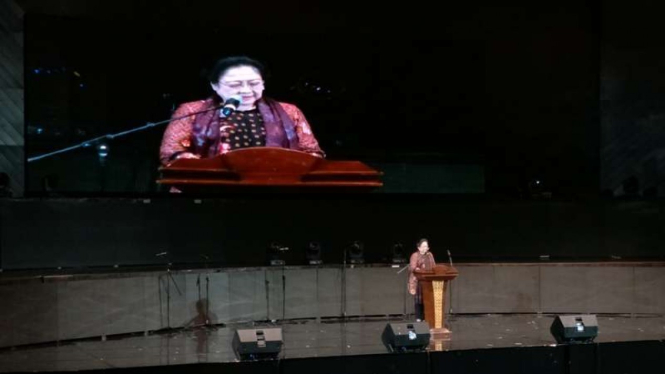 "Thank you very much for the opportunity I have been given, and also for the first time I am very adored to be given Teratai Putra Indonesia," said Megawati at Balai Sarbini, Jakarta, on Saturday night November 10, 2018.

The award ceremony was attended by pensioners from the 1960s to the Pasjibra 2017. Megawati informed them that they always keep the red and white flags together.

The daughter of predecessor Bung Karno stressed that there should be no places replacing the red and white flags with another flag. Because the Red and White Flags are of paramount importance to the independence of the country.

Megawati also hopes that by gathering the full Paskibraka, it can revive the spirit to hold the Red and White.

"What do I mean by collecting today is simply nostalgic, just for reunification?" "What I hope that when we collect starts tonight, it is our spirit to return to defend our red and white," he said. (ren)