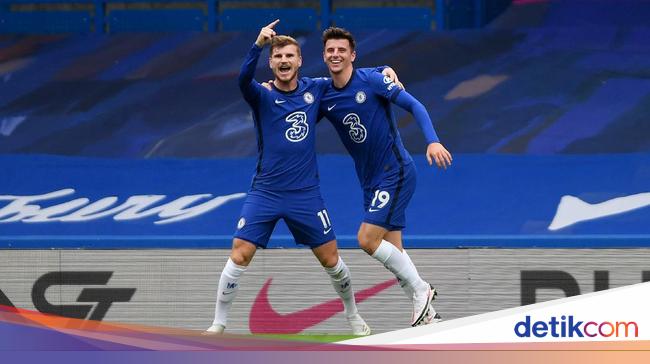 Chelsea continue their positive pace by beating Newcastle in the Premier League last weekend. The momentum has awakened, Chelsea has been warned not to let it down.

Chelsea returned with full points from a visit to Newcastle headquarters in Week 9 of the Premier League. Compete in St. James Park, Saturday (21/11/2020) WIB afternoon, the Blues won 2-0

Federico Fernandez’s goal in the tenth minute gave Chelsea the lead. Tammy Abraham then consolidated Chelsea’s victory with his second half goal after completing a ball from Timo Werner.

The victory kept the positive trend of Chelsea. Frank Lampard’s team has recorded five consecutive wins in all matches and is undefeated in the last nine matches.

In the Premier League, Chelsea have recorded three victories in the last three games. At this rate, they scored nine goals and conceded just one.

Thanks to these positive results, Chelsea is able to compete at the top by ranking third in the Premier League. The West London team has collected 18 points from nine games, only two points behind Tottenham Hotspur and Liverpool, which is above it.

Chelsea midfielder Mason Mount believes his team is more confident this season. However, Chelsea reminded not to be complacent.

“We know from last season how difficult it is to have results here. “The way we play today, we can come to these places and feel confident that we will have results, while last season we may not have had that confidence,” he said. Mount as reported by the official website of the club.

“We are building momentum, but we must not be complacent. We just have to stay focused on winning, scoring goals and trying to keep as many clean sheets as possible.”

“You look back at some of the results where we dropped points and conceded goals easily, but it seems that this year there has been a change in our mentality as well,” said Mount.

For rent CGV Cinema studio, here is the price list

Antam sued for payment of 1.1 tons of gold to residents of Surabaya