Thessaloniki: The thieves in the Saturday episodes complain of the Aristotle University 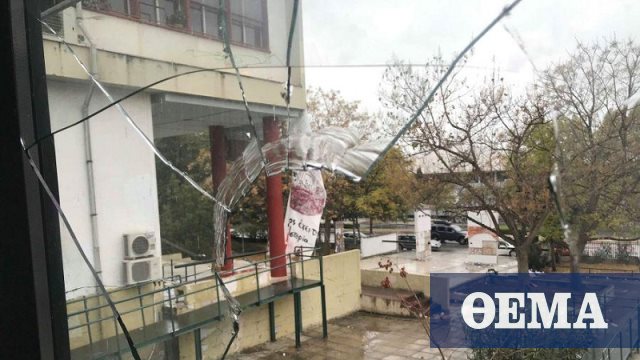 At 20,000 euros it seems that the account of the episodes that took place on Saturday, after the course for the Polytechnic, at the Polytechnic School of Aristotle University of Thessaloniki.

Indeed, it is the impression of the denunciation of the School's jewelery which, in addition to the damage, has recorded theft of technological equipment.

"There has been a great deal of effort from many – both the cleaning staff and the colleagues, because we usually underestimate the contribution of those people who work at the first level – for the school to work from Monday except for some rooms," he told ANA- MEA, Dean of the Polytechnic School, Professor of Civil Engineering, Konstantinos Katsifarakis, adding that "we will not get away from the amount of 20,000 euros, which will be paid by the Greek taxpayer".

According to Mr. Katsifarakis, until full rehabilitation there will be reduced operation in public areas, some toilets and three classrooms.

Infrastructure for disabled people was destroyed

He said a Wi-Fi system worth EUR 300 was stolen, two projectors, new ones and some computer components.

At the same time, he argued that infrastructure for handicapped people and benches for his students had been destroyed.

In order to repair the damage, financial support will be sought through the administration of the University from the Ministry of Education for the repair of damages.

Zoe Laskari: The historical photography with four men that left an era

What to look out for before getting a credit card ECONOMY