Huge crater from an ancient meteorite under the ice 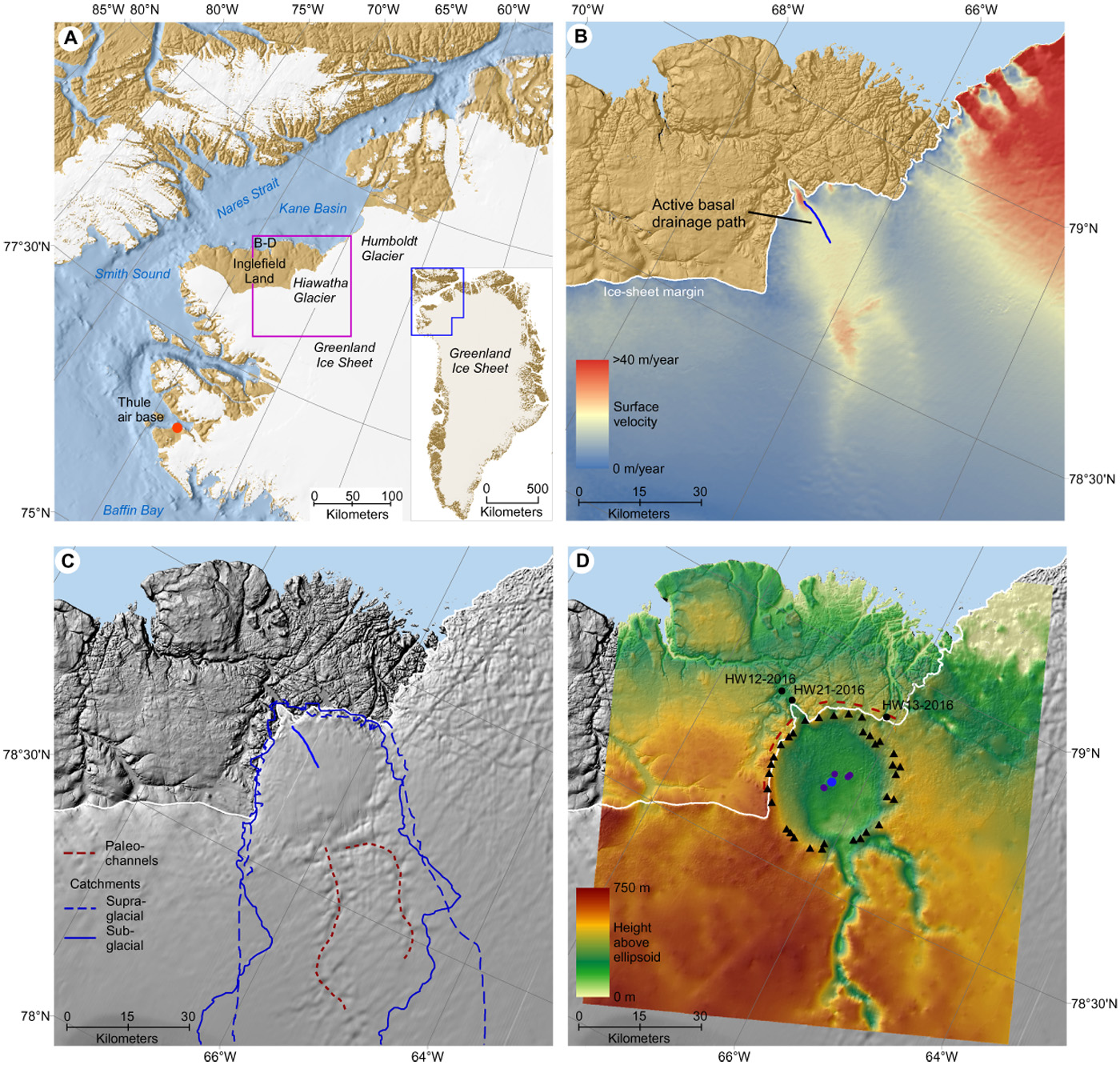 The spectacular discovery under the ice of northern Greenland, a huge crater with a diameter of at least 31 kilometers – more than that of Attica or Paris – caused by a one-kilometer-long meteor drop, an international science team said. The impact may have happened relatively recently, even 12,000 years ago.

Scientists from Denmark, Germany (Institute of Alfred Wageninger) and the US (Kansas University), headed by Professor Kurt Kayar of the University of Copenhagen, who published in the journal Science Advances, suspect it is one of the 25 largest landing craters on Earth.

It is estimated that the "guilty" for the crater is a meteorite composed mainly of iron, which fell to Greenland and then "buried" under ice almost a kilometer thick. It is the first time that a crater of any size has been found under the ice of our planet. The initial discovery was made in 2015 in the Hiawatha glacier area, but it took three years to confirm with further studies through an aerial radar that "sees" under the ice.

"The crater is impressively well preserved, which is unexpected, as glaciers have an incredibly high corrosion capacity, which should normally have erased the traces of impact. That this did not happen means that the crater is rather young geologically. So far, it has not been possible to date the crater directly, but we estimate it was created after the ice covered Greenland, therefore it is less than three million years old and probably very recent 12,000 years ago towards the end of the last Ice Age "Kjayer said.

The Geological Museum in Copenhagen already has a 20-ton iron iron, which was found near the crater's point. Scientists are wondering how and how much climate and global environmental conditions could have affected the fall of such a large meteorite.