Attack at the house of Yannis Boutari 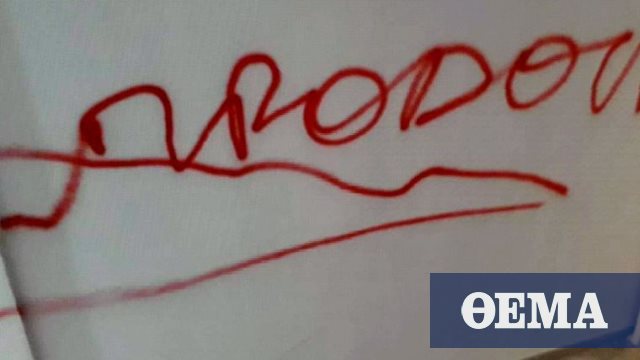 The perpetrators came from the entrance of the block of flats, climbed to the floor where Mr. Boutaris resided and painted red spray on the door of the apartment while writing the word "traitor" on the wall of the building.

The mayor immediately informed the Security of Thessaloniki who rushed to the site for investigation, and in the next hours he would file a lawsuit against an unknown.

"I think it was an organized plan because the perpetrators knew my address and my exact residence, since my name is not written in the doorbells of the building and the door of the apartment. My family and especially my 7-14 year old children, who were the first to see her leaving for school, were upset, "Mr Boutaris told the Athenian-Macedonian News Agency.

"I'm sorry about the unacceptable behavior of some hotheads. I regularly receive abusive and threatening phone calls. I was not even beaten in the beating, I will not be bummed even now, "added the mayor of Thessaloniki.