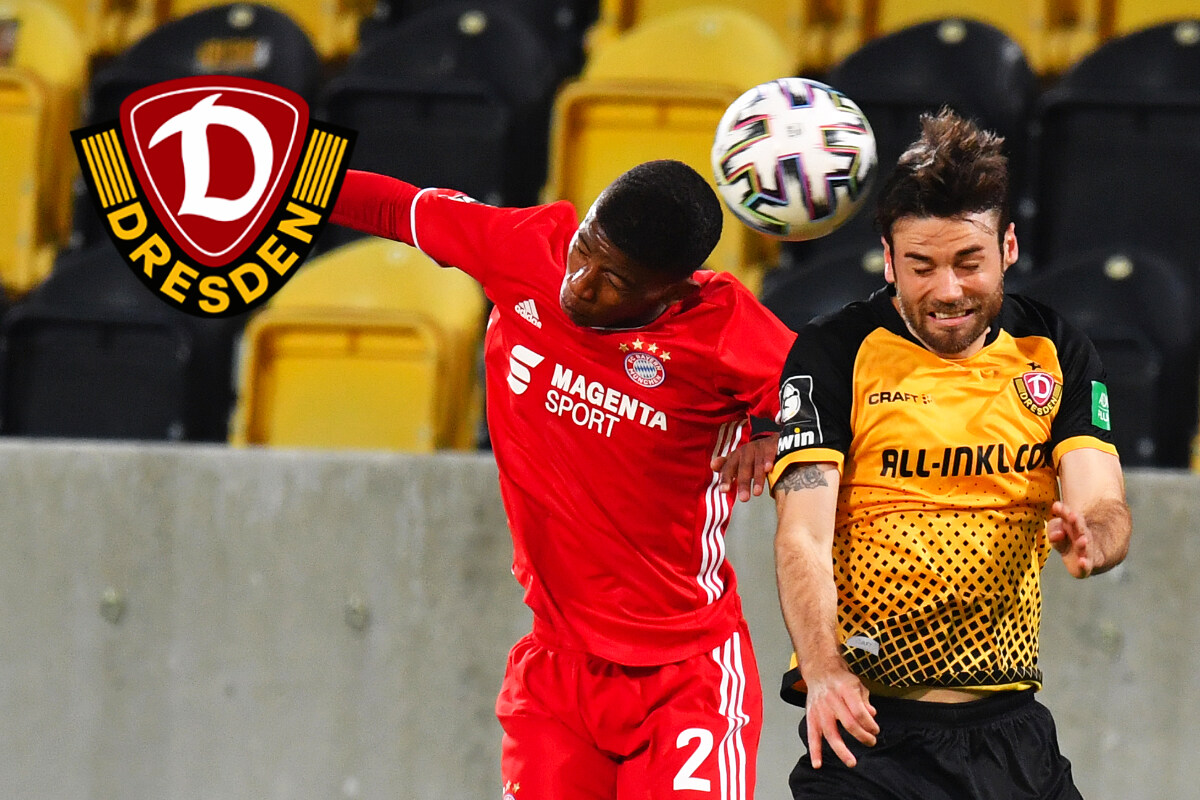 Free tour! Dynamo Dresden only drew in the third division against FC Bayern Munich II despite a goal from Christoph Daferner.

Dresden – Based on performance! The second part of the redefinition week did not work well enough. Dresden Dynamo separated from FC Bayern Munich II 1: 1 (1: 0). The result was ok. Christoph Daferner (9th) gave SGD a 1-0 lead with the ninth goal of the season, Maximilian Welsler (68th) equalized.

The first little surprise came with the composition. Sebastian Mai sat down again. This time not from his lock, but on the bench. Dynamo coach Markus Kauczinski left his trio last.

But he brought in Nilas Kreuzer and Philip Hossiner in the starting lineup. Ransford Königsdörffer and Pascal Sohm are allowed to take a seat next to their leader.

Bayern goalkeeper Lukas Schneller was wrong. He ran in a purple T-shirt. For Dresden, of course, the color is like a red cloth. This had to be fought. And that made the dynamo.

The toror was named Daferner. After a quick start, Paul Will walked to the corner. Daferner threw the ball, prevailing against two defenders and leading Schneller the ball around the ears – 1-0 (9th).

But the leadership has always been on unstable feet. This is not due to the shortcomings of Dresden, but due to the skills of the people of Munich. They always had good ideas and, above all, fast legs. It was a pleasure to see the boys. But you will not get to Bavaria with the gross motor skills of a passerby. Black and yellow had to do everything to deal with it. They all worked hard against the ball, but two stood out: Will and Leroy Kwadwo.

At the start of round two, the visitor took over the pitch completely and combined well.

But at sixteen it was over. Dresden needed a good ten minutes to get back into the game, but then had a 2-0 chance after a mistake in the capture by Lila Schneller goalkeeper. But Heinz Mörschel (59th) made the ball from eight meters right in front of the living room.

It would be important, because a little later Kreuzer could only stop Torben Rhein with a foul. Maximilian Welzmüller takes the free kick from a distance of 20 meters. Kevin Broll speculated, took a step in the wrong direction and therefore did not look good – 1-1 (68th).

The Dynamo goalkeeper could not be bothered, however, three minutes later he overcame a shot by Lenn Jastremski from eleven meters.

When Dynamo almost took the game out of their hands, the band gave a boost to try to win the game.

The first Schneller drove a cruiser cracker (85th) in place, and then Kevin Ehlers (87th) hit, but it was a bit offside. Seconds later, when Schneller broke Tim Knipping from the penalty area, everyone was waiting for the whistle, but this time it did not come.