The development of this oil production in Abu Dhabi 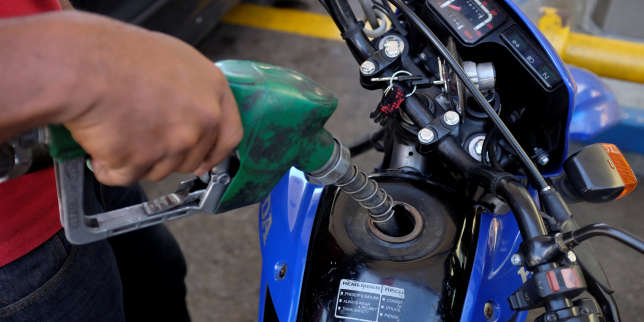 The agreement to reduce the production of black gold is not respected by all countries, with an increase in output that causes oil prices to collapse.

At a time when the current fall in black gold prices fears the collapse of prices like in 2014, the energy ministers of Russia, Saudi Arabia, Kuwait, Venezuela and the United Arab Emirates are meeting on Sunday, November 11 in Abu Dhabi to study the possibility of returning to production constraints. However, no decision should be taken, but the recommendations should be issued before the Organization of Petroleum Exporting Countries (OPEC) plenary session scheduled for December in Vienna.

Bearing in mind the rise in production in some major production countries and fears of falling demand, oil prices fell by almost 20% in one month after peaking in early October at their peak. level for four years. The price of a Brent barrel passed Friday under the $ 70 mark for the first time since April, and that of the New York WTI barrel under $ 60, down for the ninth consecutive month.

Despite signs of slowing demand, Saudi Arabia, Russia, Kuwait and Iraq have recently increased crude oil production and the oil shale in the United States.


Fuel Prices: Distributors Will Pass the Fall of Oil Prices "Day by Day," According to Mayor

The recent fall in oil prices is partly due to a decline in demand from China, the largest importer facing a slowdown in growth, said Cailin Birch, an analyst at the Economist Intelligence Unit. On the other hand, US sanctions against Iran, which threatened to reduce world supply and push prices, were less stringent than expected.

Respect for the agreement

In the context of US sanctions, Moscow and Riyadh, two of the world's three largest producers, had modified their production cutback agreement in June to export more and offset the drop in Iran's oil exports. Since December 2016, OPEC countries, led by Saudi Arabia, and other non-cartel producers, including Russia, have been implementing an agreement to reduce the production of black gold.

At the festive meeting of the Joint Ministerial Committee to monitor the agreement, they intend to face a reduction in production. Riyadh has increased production from 9.9 million barrels a day in May to 10.7 million barrels barrels per day (bpd) in October, according to Saudi Arabian Energy Minister Khaled al-Faleh.

According to Forex.com analyst Fawad Razaqzada, officials will probably discuss "The need to return to 100% compliance with the agreement"following Washington's decision to grant exemptions to eight importers of Iranian oil. "Prices are falling as large producers such as Saudi Arabia, Russia and the United States continue to grow, exceeding the amount of Iranian barrels lost", explained.

If the producers "They fail to show their intention to reverse the latest rise in production, oil prices may be further developed"analysts told Commerzbank on Friday.