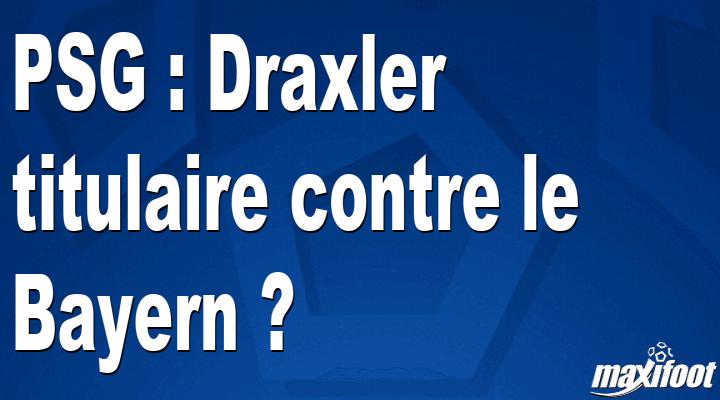 Paris Saint-Germain coach Mauricio Pochettino would have held a surprise for the top 11 starting against Bayern Munich on Wednesday (9pm) in the first quarter-final of the Champions League. According to information from L’Equipe and RMC, Julian Draxler will be on the field at the start.

The German attacking midfielder, who has only played 37 minutes in PSG’s last three games, will digitally replace Moise Kean, leaving Kylian Mbappé to start in the first line of the Paris attack. Also note Colin Dagba’s long-awaited start at right-back, Thilo Kehrer has finally started off. Confirmation is expected around 8 pm, when the official compositions are announced!