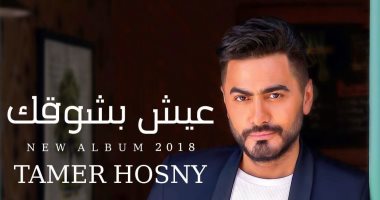 The first preparations for the big star Tamer Hosny are to be held in New Cairo on Friday.

Starring Tamer Hosni in the trio "Islam Arafa, Mihi and Omar Ashmouni" or "x-lag "To organize his concert, scheduled to take place at the Cairo Festival City Mall in New Cairo.

Tamer's choice of "Islam, Mohi and Omar" to organize the ceremony after condemnation of purpose and thought is the celebration of the success of the last album "Live in Cairo" in its audience and in a place that has not been done never before parties.

The event is expected to witness many surprises for the creators of the album "Live Bhoqak," which is the best-seller and watches the various social networking sites.

Tamer Fawzi designs the largest theater that has been built in its place and is equipped with many gates for the entrance and exit of Tamer Hosni and the guests of the ceremony in a way that will add more atmosphere of excitement and enthusiasm to the audience in addition to the placement of lights and laser verandas similar to the international nights of Walid Hariri.

Amazing fossil discovery showing the brain of an ancient animal 310 million years ago!

“I was happy with you” .. How did Yusra celebrate the second anniversary of her mother’s death?