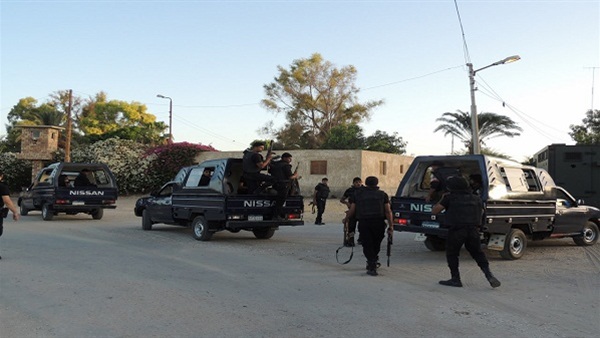 The Red Sea Security Directorate, together with the public security sector, managed to release the owner of a night club, which was kidnapped by eight people because of economic disputes between them, demanding 150,000 redemption.

The Red Sea Investigation Director, who received a counsel from a resident of the Department of the Second Department of Hurghada, kidnapped his 23-year-old son "the nightclub owner." The abductors demanded the sum of £ 150,000 to release.

The investigations carried out by Mabahith, under the supervision of General Medhat Montasser, Director of the Department of Criminal Investigation of the Red Sea Security Directorate, concluded that the perpetrators of the incident were in a working relationship with the victim and that there were economic differences between the victims. Investigations and intelligence gathering from the Public Security Sector along with the Red Sea Criminal Investigation Services, the research efforts have resulted in the perpetrators.

Following the legalization of the case, the accused, who admitted the incident, was arrested and the victim was detained in a residential apartment in Hurghada and was forced to sign £ 80,000 security receipts.